A Madison County jury on Thursday convicted a Brookhaven man for the second-degree murder of his mother’s fiancé.

Bruce Douglas Martin Jr., 37, was sentenced after a two-day trial to serve 40 years in the custody of the Mississippi Department of Corrections, said Michael Guest, district attorney for Madison and Rankin counties.

In April 2016, the Ridgeland Police Department was called to Bridgeford Boulevard due to a domestic dispute. When law enforcement arrived, they saw a trail of blood leading from the entrance of the home to the master bedroom. Officers found the victim lying on the floor of the bedroom and rendered aid to the victim until paramedics arrived. The victim was transported to the hospital and later died as a result of the injuries inflicted by Martin, Guest said.

The victim’s fiancée, Sandra Kay Patrick, told officers that her son and soon-to-be husband had been drinking and got into an argument and started fighting. She said Martin assaulted the victim and had fled on foot, Guest said.

Officers began canvasing the area and, several hours later, saw Martin walking on County Line Road near the Woodlands area. Martin was arrested and transported to the Ridgeland Police Department.

Martin told officers he and the victim had gotten into an argument earlier in the evening, then he left the residence and went to Kathryn’s Restaurant, where he had several drinks before returning to the home.

The argument continued and turned into a physical altercation after he arrived back at the Bridgeford Boulevard home. Martin admitted to police that he assaulted the victim but denied that he intended to kill the man.

An autopsy showed the man died of blunt force trauma and it was ruled a homicide.

“This is a senseless crime that was driven by alcohol abuse,” Guest said. “Martin was a man who was known to the community as someone who often drank too much and who would become violent when drinking. His inability to control his emotions resulted in the man who was soon to marry his mother losing his life over an argument that began over a trivial issue.” 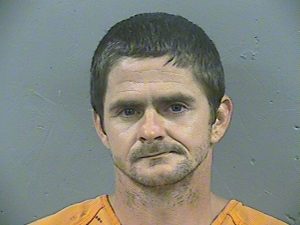 A Brookhaven school administrator is fighting her removal from the job for misconduct, claiming discrimination and the school district’s refusal... read more