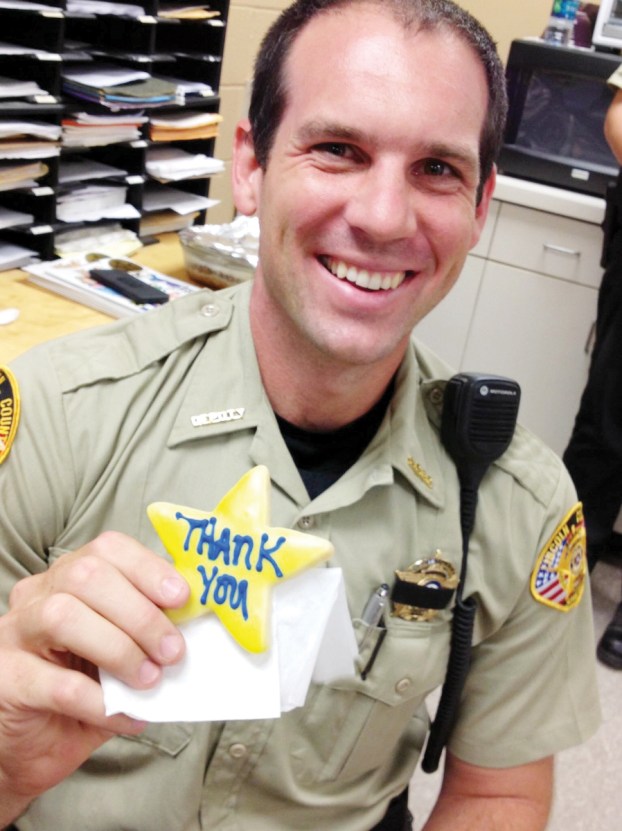 Deputy William Durr to be honored at candlelight vigil in D.C.

A Lincoln County hero will be honored in Washington, D.C. Sunday night.

Deputy William Durr will be remembered during a candlelight vigil at 7 p.m. at the National Mall in an event put together by the National Law Enforcement Officers Memorial Fund.

A reading of the names — including Durr’s — that are newly engraved on the memorial immediately follows the ceremony.

Tuesday, Durr will also be recognized during the 37th annual National Peace Officers’ Memorial Day Services, beginning at 10 a.m. in front of the U.S. Capitol.

Tressie and Nash Durr are attending the events with William Durr’s mother, Debbie Durr, and sister, Megan Cook, as well as other family members. Sheriff Steve Rushing and several deputies and county officials are also attending.

During the Memorial Service, there is a Roll Call of Heroes, where the name of every fallen officer to be honored is read. Just before the Roll Call of Heroes begins, the Durr family will led from their seats to their escort officer.

From there, when Durr’s name is called, the escort officer will walk the family down the center aisle to the memorial wreath. Either Durr’s wife or son will place the flower inside the star formation on the wreath, while the memorial service escort officer renders a salute.

The family will be given a Supreme Sacrifice Medal.

A wreath-laying ceremony will be held immediately following the memorial service at the National Law Enforcement Officers Memorial, located at the 400 block of East Street Northwest.

The National Law Enforcement Officers Memorial consists of a pair of more than 300-foot marble walls bearing the inscribed names of more than 21,000 federal, state and local law enforcement officers killed in the line of duty throughout U.S. history, dating back to the first known sacrifice made in 1791. New names of fallen officers are added to the monument each spring. Durr’s is one of 139 names etched into the memorial this year, representing officers who were either killed in the line of duty. Sixty-nine of the names represent officers whose earlier deaths were recognized in 2017 as occurring in the line of duty.

In 1962, President John F. Kennedy signed a proclamation which designated May 15 as Peace Officers Memorial Day and the week in which that date falls as Police Week. Currently, tens of thousands of law enforcement officers from around the world come to Washington, D.C. to honor those who have paid the ultimate sacrifice.

As a mom of seven, Gwen Brister’s big day is Sunday. But with four of the crew graduating from Loyd... read more