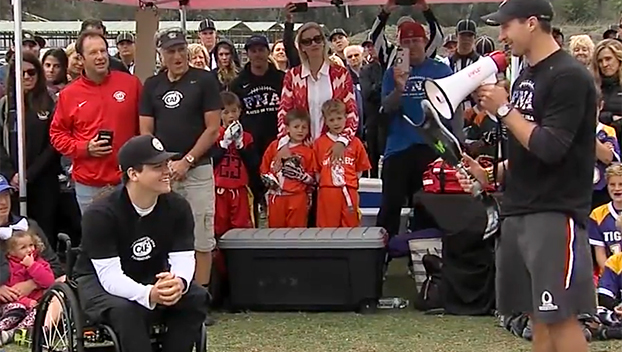 The former San Diego Charger surprised Alex Ruiz with a prosthetic leg and promised the teen that he will receive an athletic prosthetic once Ruiz gets used to walking with the first leg.

Ruiz suffered a severe leg injury while rolling out at quarterback and being tackled during an October 2017 game. The injury led to his foot being amputated.

Above is the video of Brees’ surprise announcement.

Senators gut bill to allow some guns on Louisiana campuses