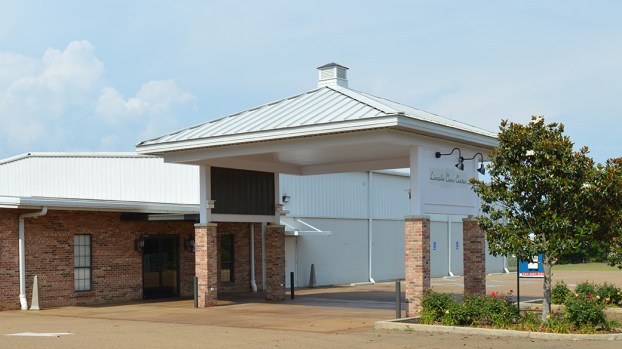 Photo by Gracie Byrne The Lincoln Civic Center Multi-Purpose Building, located at 1096 Belt Line Drive NE, is one of the facilities overseen by the LCC Commission. Other facilities are the baseball complex, performance arena, stall barn and RV park.

The Lincoln Civic Center Commission threatened to quit en masse Monday, telling county supervisors all five members would resign together over what they perceive as a lack of respect for their work.

Commission Vice Chairman Pat McCullough delivered a half-hour speech to the Lincoln County Board of Supervisors at the top of Monday’s regular meeting, telling the board it acted unprofessionally in its treatment of facility manager Quinn Jordan when turning down his request for assistance on a project earlier this year. McCullough reminded supervisors they have the power to dissolve the commission at will, adding commissioners would dissolve it on their own next time they felt slighted by the board.

“And you can run that place any way you want to,” McCullough said. “If this thing happens again, we’ll lay it on the table for you.”

The commission was irritated over supervisors’ remarks during a meeting on March 19, when District 4 Supervisor Eddie Brown and District 5 Supervisor Doug Falvey rebuked Jordan for asking for the board’s help with a civic center project to upgrade a road into the facility’s parking lot. Brown questioned the necessity of the project, while Falvey questioned why supervisors needed to chip in at all.

Falvey apologized the following week for raising his voice at Jordan, but stuck by his comments about prioritizing.

McCullough said Monday supervisors’ remarks created the public perception commissioners can’t handle their budget, claiming the confusion caused longtime civic center supporters to call and question the facility’s financial health — though neither he nor Jordan would say exactly who made the calls.

“The message was we have a financial problem out there, and that couldn’t be further from the truth,” he said.

Supervisors took McCullough’s address without much comment, but Falvey told McCullough the commission should use the year’s beginning cash balance — listed as $220,267 on a financial document McCullough and Jordan distributed — to complete the road project.

District 1 Supervisor and board president the Rev. Jerry Wilson asked McCullough if the commission wanted an apology, but McCullough declined.

“It’s good to get it out. You feel better?” Wilson asked. “You look better.”

McCullough said it was “just business.”

Two Lincoln County students are getting a little extra money for college thanks to a scholarship awarded through county supervisors’... read more