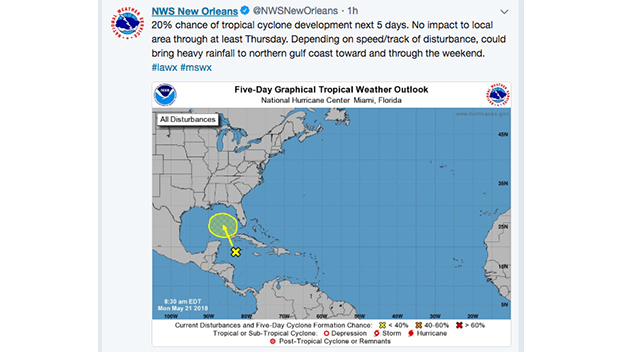 NEW ORLEANS — The National Weather Service is watching a weather disturbance they say has a low chance of developing into a tropical depression this week in the Gulf of Mexico.

As of 7:30 a.m., a low-pressure system was developing in the Caribbean from Cuba to the Florida peninsula. It is expected to move into the Gulf of Mexico this week.

Meteorologists do not expect the system to have any effect on the Gulf Coast until Thursday but said the system could bring heavy rain toward the end of the week into Memorial Day.

CAMARILLO, Calif. (AP) — The average price of regular-grade gasoline in the U.S. jumped 10 cents a gallon over the... read more