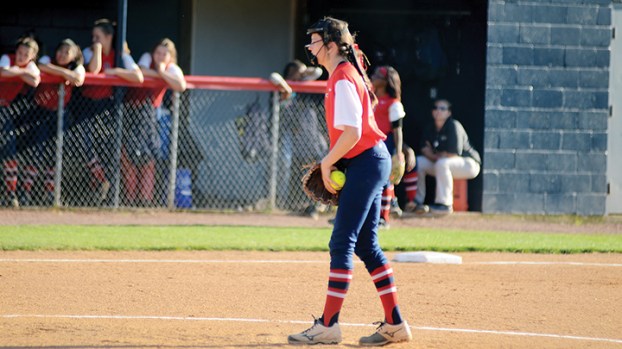 Daily Leader file photo Haley Nations pitched to a sub-one ERA for the Lady Panthers this season, while also being the team’s second-leading hitter.

The Lady Panthers posted a 22-6 record this season, and they advanced to the third round of the playoffs before falling short in a game three to Pearl River Central.

The Lady Panthers went undefeated in their district and were given the luxury of a first-round playoff bye before taking on Stone High School in the first round.

The Lady Panthers knocked off Stone 4-0,4-2 in two games, which put them in the third round.

Brookhaven was led on the mound by Haley Nations, who threw every inning in the postseason for the Panthers. Nations posted a .46 ERA on the season.

The Lady Panthers were led at the plate by junior Kat Wallace, who posted a .379 batting average and slugged .471 on the season, good for a .926 OPS.

Nations was the second leading hitter for the Lady Panthers on the year, posting a .300 batting average and an OPS of .835.

The Lady Cobras posted a perfect 6-0 record within their division to win the district championship and acquire a first-round bye in the playoffs.

Wesson was eliminated in the second round of the playoffs in a high-intensity three-game series against Choctaw Central.

The Lady Cobras fell on the road in the first game, but rebounded at home with a 3-2 victory before falling short in a decisive game three 6-5.

Laynee Crapps led the Lady Cobras in pitching this season, going 12-5 on the year and striking out 74 hitters.

The Lady Cobras were led at the plate by Crapps, Amber Crow, Catherine Wilson and Shelbi Maxwell, all of whom hit over .400 on the season.

The Lady Cougars did something the school had never done in program history in 2018: they played for the state championship.

The Lady Cougars had played for, but never won, a South State championship in the early 2000s, but this year they advanced to the state championship series against Kosciusko after they defeated perennial power Newton County in a tight three-game series.

At the plate, seniors Tyranesha Davis and Maddux Kirkland were the stars.

Davis had a two-out RBI single to extend Lawrence County’s season against Newton County, where if she got out the season would have ended right there.

Kirkland had a strong championship series against Kosciusko, posting four base hits for the Lady Cougars.