Casting call opens for ‘Porches’ sequel — Cupit returns for ‘If These Porches Could Talk,’ filming here in October 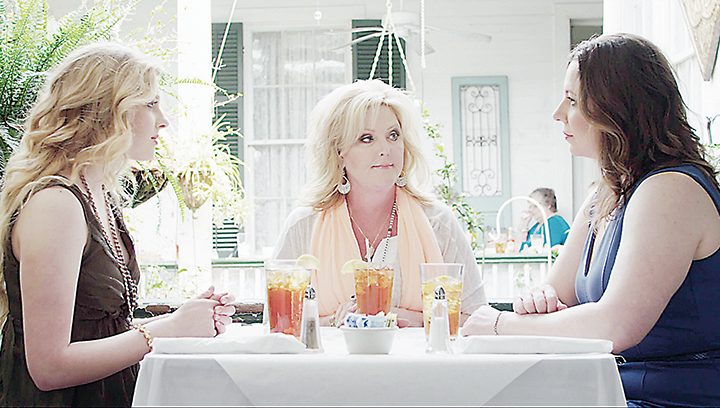 Filmmaker Travis Mills is looking for a sassy gal in her 50s, an alluring seductress in her 30s, maybe even 40s, and a senile librarian pushing 70.

The director is hoping he’ll find them all around Brookhaven.

Mills is holding a casting call June 16 for “If These Porches Could Talk,” the sequel to “Porches and Private Eyes.” “Porches” was filmed in Brookhaven in March 2016 and released in September of that year.

“We will see as many people as we can in those 12 hours,” Mills said. “Please come with a headshot and resume if you have one and be prepared to wait patiently for your turn to audition.”

The principal roles are Ann Margaret, a private detective who’s sassy and stubborn; the sweet, caring and perceptive Jenny Rose and Ben Pickers, an eccentric photographer and world traveler in his 50s or 60s.

Marlene Cupit will reprise her role of Patsy Lynn, however, the characters of Ann Margaret, played by Lynn Forney in the original, and Jenny, played by Elise McMurry, will be recast.

Those auditioning for one of the principal roles should prepare both scenes available on the Facebook page, Porches and Private Eyes Movie Series.

Mills is looking for several supporting characters — Brennan the kind husband, Kathy Mae the gossipy hairdresser, a superstitious cleaning lady, a charismatic preacher and an arrogant movie director. There are also roles for a mysterious innkeeper, a spunky kid, a studious professor and a stuck-up old broad.

A complete breakdown of characters — with audition scene — is available on the Porches Facebook page. Actors don’t necessarily need to resemble returning characters. Mills is open to all races for any part, no matter who played it before, he said.

“The general age ranges are the only guideline,” he said. “Watch the original movie to see the spirit of the characters and tone of the work.”

The first movie was a small-town comedy and a murder mystery. Not much has changed in those regards. It’s two years later and  Patsy Lynn, Ann Margaret and Jenny are embarking on a new mystery.

“There’s an attempted murder that causes them to go on this crazy, silly adventure,” he said.

The movie is set at Halloween and Mills expects to film for about 20 days in October and November.

“I plan to take advantage of the Halloween decorations around town, specifically around Church and Jackson streets,” he said. “This is kind of my return to Brookhaven. I’m excited to work in the town again, and I’m hoping to highlight some new things about the town, some new locations.”

Mills, the grandson of retired Brookhaven judge Donald Patterson, knew he wanted a sequel to “Porches.”

“I’ve been kicking it around for a while,” he said. “I started a script for it last year and got stuck. After ‘Son of a Gun,’ which wrapped May 4, I had a little bit of a breakthrough. I got a new idea and wrote the script in a couple of weeks and, bam,  there you go. Now we’re going for it.”

Cupit will play a larger role on the screen, but her role behind the scenes is huge. Mills wouldn’t have made it without her.

“I think she’s the heart of the first one. I told her that if she wasn’t interested, I just wasn’t going to make the movie,” he said. “I hate sequels in general, because usually they just do the same thing the first one did. I didn’t want to do that with this one. I wanted it to be about the same characters but I wanted to do something different.

“So this one, I think, is sillier and more slapstick than the first one. I wanted it to have more of an Abbot and Costello vibe. I wanted to challenge it to be a little funnier and a little zanier.”

For more information about the auditions, email travismills@runningwildfilms.com.

City of Brookhaven must answer complaint by Monday —…