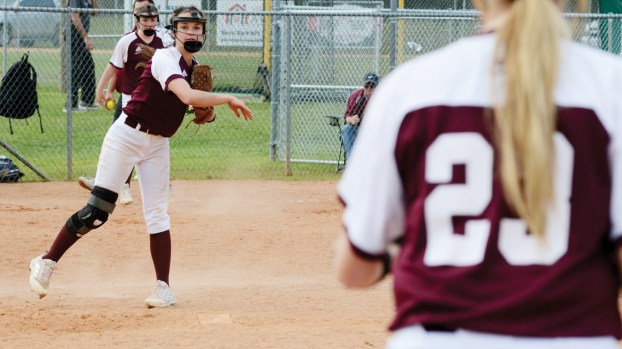 Daily Leader file photo/Carlee Nations pitched to a 1.19 ERA for the Yellow Jackets this season. Enterprise advanced to the second round of the playoffs.

The Lady Yellow Jackets had a dominant run through their district this year, outscoring their opponents 34-6 to have a perfect district record at 6-0.

The district title gave Enterprise a first round bye in the MHSAA 2A playoffs, and set them up with a second round matchup with Enterprise-Clarke.

The Lady Yellow Jackets’ season came to an end at the hands of the Lady Bulldogs with Enterprise-Clarke winning the series in three games.

The Lady Yellow Jackets finished the season with a stellar 13-9 mark, with a plethora of wins coming against competition in higher classifications.

Enterprise was led at the plate by Abby Richardson and Carly Polk, both of whom hit over .385 on the season.

Carlee Nations was the ace of the pitching staff for Enterprise as she went 7-2 on the year and posted a minuscule 1.19 ERA over 99.2 innings. Nations struck out 109 hitters on the season.

The Lady Bears played a lot of younger players throughout the season, and they’re returning their whole team for the 2019 fast-pitch season.

West Lincoln finished the year with a 7-10 record, but they played two extra inning contests against Brookhaven and Wesson to end the season, and both of those schools won their districts in higher classifications than the Lady Bears.

Adi and Averi Paden were the driving forces on the mound for West Lincoln, as both pitched to ERAs of under three this season.

In the first installment of a series, The Daily Leader looks back at the 10 biggest moments in sports from... read more