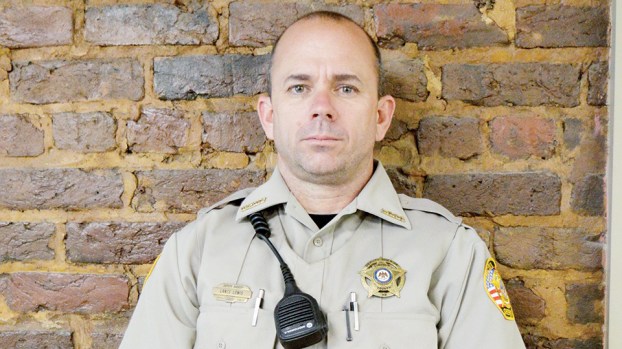 Helping people is his passion — Firefighter-deputy fights local fires and crime, but says he’s no hero

When Lance Lewis was in junior high and high school, he was a volunteer firefighter for the Loyd Star Volunteer Fire Department. What he didn’t know then was that one day being a firefighter would be part of his career.

Now, over 18 years later, serving his community is his job. Lewis was chosen as The Daily Leader’s and Brookhaven-Lincoln County Chamber of Commerce’s Hometown Hero.

When asked about the meaning of the word “hero,” Lewis described a person that one would look up to.

“I don’t call myself a hero — it’s really not about being the hero. It’s about having passion and helping the people,” Lewis said.

Before working for the Lincoln County Sheriff’s Department and the Brookhaven Fire Department, Lewis worked for G. Dale Smith Construction and the Lincoln Rural Water Association. He became involved in law enforcement in 2000, when he decided that he wanted his livelihood to reflect his passion for helping others.

Although working two high demanding jobs can be difficult, Lewis is thankful that he is able to juggle the two positions. The 24-hour shifts give him the opportunity to be available for both the fire department and the sheriff’s office. One benefit of working both jobs is that it gives insight into emergencies.

“It gives you both angles on the situation,” Lewis said.

He is a Brookhaven native, born and raised, the son of Billy and Judy Lewis.  He is a 1994 graduate of Loyd Star Attendance Center.

He has been married to his wife Becky for over 18 years.  They have two children together — Brooke, 14, and Allen Michael, 10.

You Asked: How does a runoff election work? Tuesday’s competition could lead to follow-up

Q: With nine candidates competing for one seat in Congress, you asked — how would a runoff work? A: The... read more