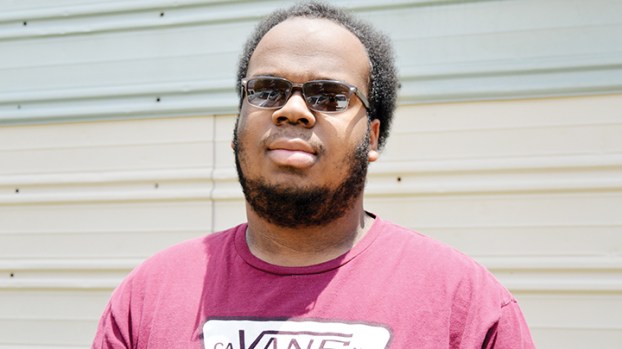 Born in Chicago, Illinois, John Shannon has lived in Brookhaven most of his life.

He does what he loves, working as a sound and lighting engineer for Billy Powe Event Production, where he has been employed for three years now.  He has worked in sound and lighting for nearly seven years, traveling all over south Mississippi to work various events.

“As far as sound and lighting goes, I’m all about it,” Shannon said.

He is 20 years old, and is a graduate of Brookhaven High School and, now he has an associate’s degree from Southwest Mississippi Community College. He will transfer to the University of Southern Mississippi in the fall.

In high school and community college, Shannon was involved with the respective marching bands, where he played bass drum and various pit percussion instruments.  He was also a part of Elite Independent Percussion in his spare time, which is an indoor percussion group.

Not only does school and work keep him occupied, but Shannon is also active at First Baptist Church of Brookhaven.  He is a part of the media and music teams, and he is in the youth group.

His favorite food is wings from Buffalo Wild Wings, and he can’t go anywhere without his phone.

Funny enough, if Shannon had a super power, he would want to be invisible, because he isn’t incredibly social. He says that his best quality is his willingness to work hard, because this will allow him to achieve his goals.

A local nonprofit organization founded in honor of a high school student is hosting its first ever festival.  Callie’s Palooza... read more