Copiah-Lincoln Community College head softball coach Allen Kent and the Co-Lin athletic department has announced his retirement from the program after a very successful career.

“Allen has been a great asset to our athletic department over the years. He has been consistently competitive on the field, and helped grow MACJC fastpitch softball,” said Co-Lin Athletic Director Bryan Nobile. “We will begin the hunt for our next head coach immediately, and look forward to carrying on the winning tradition that Kent has left behind.”

“Juggling both positions has become increasingly difficult over the years, and it has been a grind making time for both jobs. Softball deserves a full-time head coach and this is something that I’ve been working towards for the past couple of years,” Kent went on to say. “I want to thank our President-Elect, Dr. Jane Hulon, for making this possible. Campus housing is very important to our college, and we want our dormitory students to have the best experience possible…this includes making sure our facilities and our student’s needs are being attended to on a daily basis.”

On the diamond, Kent has had an illustrious tenor where he led the Lady Wolves to a 392-242 overall record, three MACJC State Championships (2006, 2008, 2009), two NJCAA Region XXIII Championships (2006, 2008), and two top three NJCAA National Tournament finishes (3rd in 2006, 2nd in 2008). Kent has been voted MACJC and MAC Coach of the Year on three occasions and has received NJCAA Region XXIII Coach of the Year honors twice.

“Coaching has become a huge part of my life, and we’ve accomplished some great things with our program,” said Kent. “The MACJC has become widely known as the toughest division in the nation, and we are proud to have been a part of helping it get to that point. I’ve had some very good assistants through the years and I want to thank them for all they have done for the program. Johnny Williams was a tremendous help for my first 10 years, and I would have been lost without him. Duane Burt, Rob Channell, Jackie Johnson, and Kaitlyn Taylor Foster have all been big assets to the program, and I’d also like to thank Dr. Ronnie Nettles for the facility improvements and support over the years.”

Under Kent’s direction and leadership, Co-Lin has produced five NJCAA All-Americans, 10 NJCAA Academic All-Americans, and his teams have ranked nationally in team GPA 13 times, including a No. 4 national ranking in 2012.

“It’s been great seeing our former student-athletes grow up to be successful young adults…we’ve always made it a priority to bring in girls who excel academically as well as on the field,” said Kent. “I’ll always cherish the relationships with my former players, their parents, and all the college, high school, and travel ball coaches I’ve been fortunate enough to work with.”

Kent is a graduate of Brookhaven High School and Co-Lin, where he was a two-year starter for the Wolfpack baseball team. He graduated from Mississippi State University and serves as a deacon at First Baptist Church in Brookhaven. He and his wife, Wanda, have one son, Colby (Erica). 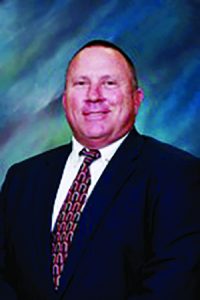 A year after being selected as an All-Star for the first time in his career, former Brookhaven Academy alum Corey... read more