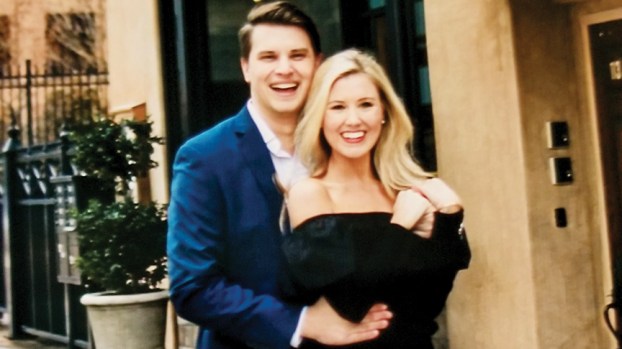 Mr. and Mrs. James Michael Rooker announce the engagement and upcoming marriage of their daughter, Kathryn Mathis Rooker of Columbus, to Zachary Aaron DiGennaro of Clinton.

He is the son of Ellen DiGennaro and the late Salvatore DiGennaro of Clinton.

The bride-elect is granddaughter of Mr. and Mrs. Meade Mathis of Brookhaven, and the late Mr. and Mrs. John Paul Rooker Sr. of McComb.

Miss Rooker is an honors graduate of New Hope High School and a graduate of Mississippi State University with a bachelor’s degree in communications.

She is self-employed with SeneGence International.

Mr. DiGennaro is an honors graduate of Clinton High School and a graduate of Mississippi State University with a bachelor’s degree in computer engineering.

He is employed with Hunter Engineering in Raymond.

The couple will exchange vows on Saturday, July 28, 2018, at 6:30 p.m. at First United Methodist Church in Columbus. A reception will follow at Rosenzweig Arts Center in Columbus.

Jennye and Ronald Greer announce the engagement and upcoming marriage of their daughter, Leah Michelle Greer of Wesson, to Lucas... read more