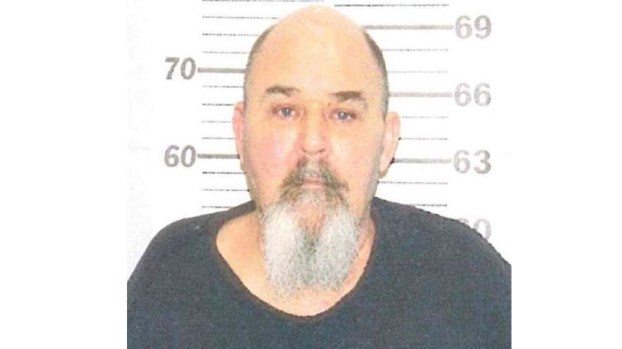 A Lawrence County man will be extradited to Florida next week by Pinellas County Sheriff’s deputies who believe he is a suspect in a 1987 sexual battery cold case.

Russell Lee Rogers, 58, of the 1300 block of River Road in Oak Vale, is charged with two counts of armed sexual battery and one count of armed kidnapping. Detectives got a lead on Rogers after new Automated Fingerprint Identification System technology identified the suspect’s fingerprints and DNA technology confirmed him as a suspect, according to the Pinellas County Sheriff’s Office. He was arrested Friday afternoon in Lawrence County by agents with the Mississippi Bureau of Investigation.

Butler doesn’t know how long Rogers has lived in Lawrence County. He doesn’t remember crossing paths with the suspect in his 16 years as a constable or in the two years he’s been sheriff.

According to PCSO, the crime occurred around 10 p.m. Feb. 16, 1987, at a laundromat on Seminole Boulevard in Seminole, Florida.

The female victim, who was 22 at the time, drove to the laundromat and began to remove clothes from the washing machine when an unknown male confronted the victim from behind, produced a knife and held it to her side, detective said.

The male suspect then allegedly forced the victim to enter the passenger side of her vehicle, as he entered the driver’s side. The suspect drove northbound on Seminole Boulevard, until he pulled off the roadway into a wooded area.

Once the victim left the laundromat, she called law enforcement to report the incident.

During the investigation, evidence was collected, processed and submitted for analysis.

According to PCSO, latent fingerprints were recovered from a public telephone near the laundromat. The recovered prints were submitted through the AFIS on multiple occasions throughout the years, but no identifications were made. The case remained inactive during this time.

In April 2016, PCSO upgraded its AFIS system with new biometric software. The new software provided improvements in both fingerprint matching algorithms and system architecture, significantly improving the accuracy and efficiency of the current AFIS system.

In January, during a case review, cold case detectives requested latent print examiners utilize the new AFIS biometric software to processes the same latent fingerprint evidence that was collected in 1987. The new technology identified one viable candidate. Latent print examiners were able to identify the fingerprints from the public telephone Rogers, who was 27 at the time of the incident, allegedly used.

Through cooperation with the MBI, a search warrant was obtained to collect Rogers’ DNA. It was sent to the Florida Department of Law Enforcement Tampa Bay Regional Operations Center for analysis. The DNA evidence confirmed Rogers to be the suspect in this case, PCSO records show.

Rogers was transported to the Lawrence County Sheriff’s Office in Monticello to be interviewed by PCSO detectives.

According to detectives, Rogers said he could not recall the specific incident, but did not deny the allegations against him.

However, he said he understood his DNA evidence was found, which confirmed him as the suspect.