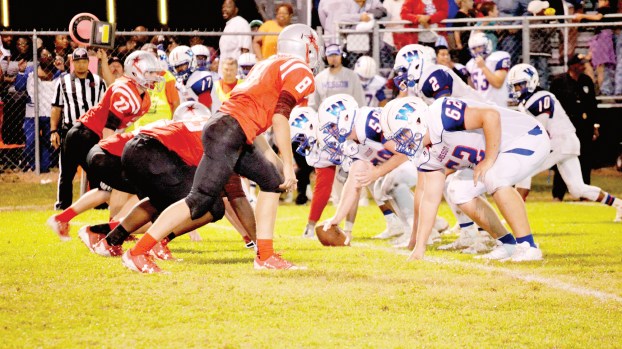 The Daily Leader file photo/The Hornets return a lot of experience in the defensive backfield in the 2018 season.

The plan: Build and be better — Loyd Star Hornets lost key player, but look to advance with new seniors’ talent

Loyd Star went 2-2 in district play in 2017 and garnered the No. 3 seed in the district and a playoff berth.

It was the Hornets’ highest finish in division play since 2010, and Loyd Star head coach Brian Ford said he wanted to build off of that in 2018.

“We want to get better each day, each week and each game,” Ford said. “That’s what our goal is, that we just get better from the first week that we get out there. We want to be better in the second game than we were in the first, and so on.”

The Hornets return a lot of pieces off 2017’s team, but Loyd Star lost senior running back Patrick Price to graduation.

The Hornets had solid production from juniors JaQuan Berry and Je’Mario Clay last season.  Berry rushed for 774 yards in 2017 with 10 touchdowns and averaged 7.6 yards per carry, while Clay averaged 498 yards with six touchdowns.

“We’ve got some guys that we can go to,” Ford said. “We’re going to try to find the guy that we can lean on. We’ll find out who has the hot hand in each game, and we’re going to ride that person throughout the game.”

The Hornets rely heavily on their ability to run the football, as they ran for 251 yards per game last season while only throwing 51 passes.

With that comes an onus on the offensive line to give the ball carriers holes to hit.

“When you get to a school, the first person you want to have with you is an offensive line coach, and I have that,” Ford said. “We’ve got a lot of guys that have experience on that side of the ball, and that’s great. It’s big to have chemistry on the offensive line, and the fact that those guys have played together really helps us.”

On the defensive side of the football, Ford said he has confidence in them going into the 2018 season.

“We maybe didn’t play as well as I’d have liked to at times last year, but I think we got better,” Ford said. “We’ll have a lot of experience, especially at the back end. We return a lot of guys in the defensive secondary, and that will help us. We’re going to play some guys both ways this year.”

The Hornets were led in tackles last season by junior Jared Smith who tallied 71 tackles on the year. 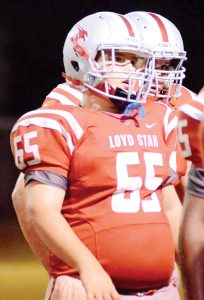 The Daily Leader file photo/Rials Hester helped lead the Loyd Star offensive line in 2017 as a junior. The Hornets rushed for 251 yards per game last season.

Ten players from Lincoln County and the surrounding area were selected to compete for District Seven in the state games... read more