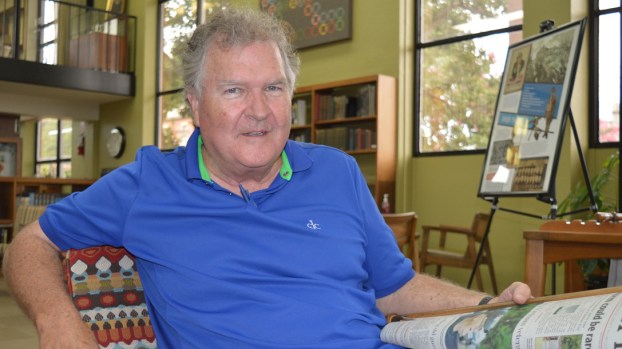 Richard Case enjoys life to the fullest, one day at a time.

“I can get along with just about any type of person, and I can tell a good joke,” he said.

Case was born and raised in Brookhaven, and he’s lived here for the past 72 years. He has been married to his wife Beverly for more than 44 years; and they have two children — Collins Case, 34; and the late Grant Case.  Case has two grandchildren from his son Collins — Lillie, 5, and Mae, 2.

He and Beverly attended Brookhaven High together, but they didn’t reconnect until 12 years later at a football game down on the Coast. After spotting her, he wanted to ask her out. Case called Beverly’s sister’s boyfriend to see if she was single, and she was. He took her on a date to the Harvest Ball, and the rest is history.

Although Case has been retired for 11 years, he works part time for Bane’s Drugs as a medicine deliverer. He previously worked in insurance and real estate for 32 years before he retired, and he worked as a football coach and teacher before that for six years. He attended Mississippi State University.

Case attends First United Methodist Church. His hobbies include playing golf with his golfing group and watching football, on television and in person. One thing he can’t go without is a good night’s sleep. His favorite food is seafood, especially boiled shrimp and oysters. Many people don’t know it, but Case is a great bartender and a good cook.

Case’s family has an interesting family tradition. It started in 1949, and it continues to this day. The family has gone to the beach every summer, whether it’s in Florida or Alabama. Their original beach spot was Panama City, and then later they would flock to the beaches in Alabama. Now the family goes to Perdido Key in Florida to enjoy the waves.

At this point of his life, his most important life goal is to see his two granddaughters graduate from high school.