The Brookhaven School District’s Board of Trustees hired a Jackson attorney Tuesday to advise them before they decide the fate of Brookhaven Elementary School Principal Shelley Riley.

After a 25-minute closed door meeting, the board voted to use John Hooks to advise the trustees when they meet to decide the results of the Riley hearings.

Riley is fighting her removal from the job for misconduct, claiming discrimination and the school district’s refusal to follow its own policies put her in an unwinnable situation.

Riley claims she is being unfairly targeted for a handful of disciplinary incidents last year involving interactions with a special needs student and other district employees. She claims male administrators guilty of the same behavior met lesser fates and that her protests over the student’s behavior went ignored.

Board attorney Bob Allen is representing the district at the hearings.

Allen will continue the representation through the final day of the hearings, which has not been set, but it could be a conflict for the Brookhaven attorney to take on an adversarial role in the hearings and then advise the board as they make a decision.

After the last hearing, the board has 30 days to review the record and announce a special-called meeting. At that meeting, each side will have 15 minutes to present a closing argument. At the conclusion, the board will go into executive session to consider it.

The first session of the hearing May 2 and all subsequent sessions were open to the public at Riley’s request. Numerous BES teachers and other school officials testified during the proceedings.

Carlock is citing a handful of reasons for Riley’s non-renewal, chief among them a pair of interactions with special-needs students at BES and a tantrum thrown before staff in the office of another school concerning treatment of her grandchild.

The most serious charges are the interactions with the students — Riley is accused of dragging a non-compliant special-needs student down the BES hallway by his backpack during a confrontation on Jan. 6, 2017, and is accused of standing by and videoing another student’s outburst instead of assisting in restraining him in another incident on Sept. 22 the same year.

Riley is claiming discrimination, and her defense has been an exhaustive review of laws and policies concerning special needs students in an attempt to show negligence and mismanagement by the district. Numerous administrators and teachers have taken the stand in four days of hearings that have, at times, been confrontational.

A fifth day of hearings is tentatively scheduled for mid-July. Riley will testify then, and Carlock will testify a second time. 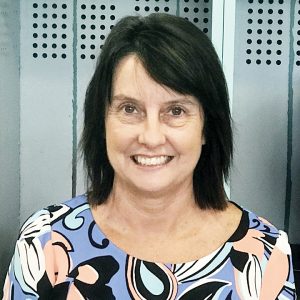 It took less than 30 seconds Tuesday for the Brookhaven School District’s Board of Trustees to discuss and vote to... read more