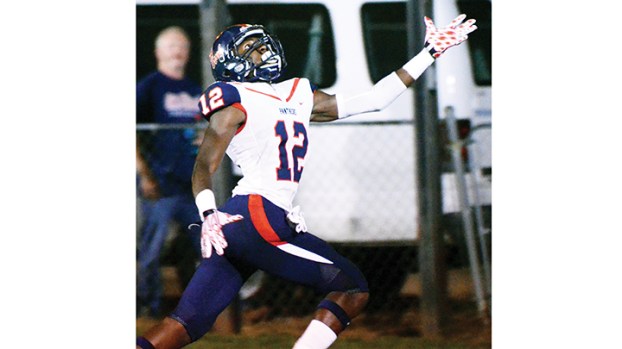 Daily Leader file photo John Hilbert is returning for the Panthers this season as a senior. Hilbert had 31 catches for 525 yards and nine touchdowns last season.

With high school football jamborees scheduled in only 43 days, there are tons of intriguing story lines around the area for football season.

The Bears had one of the more successful seasons in school history in 2017 and they’ll be looking to continue the momentum in 2018 under second-year coach B.J. Smithhart.

Last season, West Lincoln was afforded the luxury of playing its first home football playoff game ever by finishing second in the district behind Amite County, and while the Bears lost a decent amount off the 2017 team, they’ll return a key piece in Michael Brothern who rushed for more than 700 yards last season.

West Lincoln will start its regular season Aug. 17 as they head to Mount Olive.

The Cougars returned to the playoffs last season and advanced to the second round before falling to Centreville Academy to end their season.

Brookhaven Academy will return Dawson Flowers at the quarterback position next season, and they’ll have the luxury of having Cade Brown back at wide receiver.

Flowers had a strong junior season for the Cougars, as he threw for 2,419 yards and 26 touchdowns. Brown finished the season with 67 catches and 1,103 yards along with 11 touchdowns for the Cougars.

Brookhaven Academy will start its season Aug. 17 as they travel to Cathedral Academy.

A familiar face returns to the Panthers’ sideline this season, as Tucker Peavey will be the head coach for Brookhaven.

Peavey, who led the program to a state championship in 2004 and state runner-up in 2010, was previously the head coach at Southwest Community College before returning to the Panthers.

Brookhaven had one of its more successful seasons in 2017, as the Panthers won 11 straight games after losing the first game of the season to eventual 6A state champion Pearl.

The Panthers will return Sevante Quinn at the quarterback position for his senior year after a stellar 2017 season. Quinn threw for 1,432 yards and 21 touchdowns on the season. Quinn also rushed for 676 yards and eight touchdowns.

Brookhaven will return their two leading receivers as well with John Hilbert and Don Blandon returning for their senior seasons.

The Hornets hadn’t finished higher than fourth in the district since 2010, going into the 2017 season.

That changed last year as the Hornets were able to take the No. 3 seed from their district and play Heidelberg in the first round of the playoffs.

What goes overlooked for the Hornets is how well they played No. 2 seed West Lincoln and No. 1 seed Amite County. Loyd Star dropped both games on the road by only six points.

JaQuan Berry, who was a junior last season, rushed for 774 yards last season and 10 touchdowns for the Hornets.

Wesson head football coach Jeremy Loy said when he took over a few years ago his defense somewhat looked like... read more