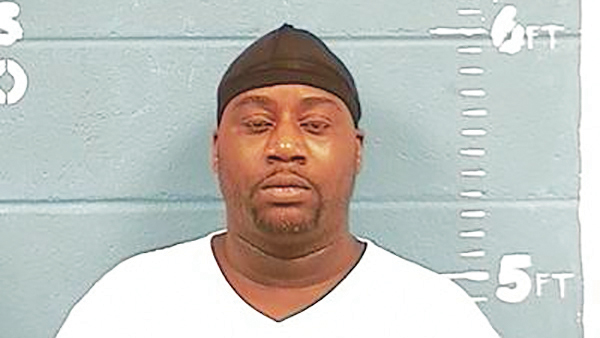 A man indicted on several drug charges in Lincoln County remains in the Lawrence County jail where he landed when he ran out of gas.

Christopher Stringer, 41, of Brookhaven, was picked up by Monticello police May 29, after a 35-mile chase that hit speeds of 100 mph at times, said Monticello Police Chief David Stanley.

“He actually ran out of gas and they were able to apprehend him and take him into custody,” Stanley said. “He initially lied about his identity but they actually found his driver’s license in the vehicle with his name and photograph on it.”

Stringer is a wanted man in Lincoln County where there are outstanding charges against him. He’s been indicted by a Lincoln County grand jury for marijuana and cocaine distribution and sale of cocaine within 1,500 feet of a church. He was also indicted for possession of a firearm by a convicted felon — in this case a WASR-10 AK47 and a Ruger .45 caliber semi-automatic pistol. Stringer was convicted in 2012 of possession of cocaine according to court records.

Stanley said Stringer sped past officers May 29 during a safety checkpoint on Hwy. 184. He headed west into Monticello on Broad Street and then turned south on Hwy. 587 going toward Foxworth, just outside of Columbia.

He was alone in a black Chevy pickup truck with a Lincoln County tag, Stanley said.

Monticello officers were assisted by Marion County deputies along the route.

Police charged Stringer with felony fleeing, disregard for traffic control device, two counts of reckless driving, driving without a license, no insurance, no seatbelt, failure to signal, possession of marijuana in a motor vehicle, improper passing, driving on the wrong side of the road, disorderly conduct by evasion, resisting arrest and providing false info to law enforcement.

Stanley said Stringer waived his preliminary hearing June 18 in exchange for a bond reduction. The judge lowered bond from $7,500 to $2,500, however Stringer remains in Lawrence County jail.

“Once he bonds here, he’ll be transferred to Lincoln S.O. and their indictment,” he said.

Brookhaven Police Chief Kenneth Collins believes Stringer is connected to fugitive Lattrick Williams, a suspect in an armed robbery at State Bank on Aug. 31, 2017. Collins said Stringer was possibly in a black Tahoe with Williams that officers from multiple agencies pursued in a high-speed chase through Brookhaven and Lincoln County earlier this year.

Stringer was also mentioned during Cordarryl Bell’s murder trial earlier this year. Bell was accused of shooting to death Aquarius Nelson in 2015. The trial resulted in a hung jury April 6.

Bell said he believed Nelson had come to kill him, so he greeted him at the kitchen door with a pistol drawn. Bell said he feared for his life after being shot at the previous day by Williams. Bell said Williams fired at him believing he had shot at Stringer earlier that day.

Williams is included in Stringer’s indictment for selling cocaine near a church.

Police are still searching for Williams. Collins believes Williams is being assisted by others.

“They need to know if they’re caught with anyone fleeing from us, we’re going to charge them, too,” he said. “I’m tired of dealing with people helping people elude the law.” 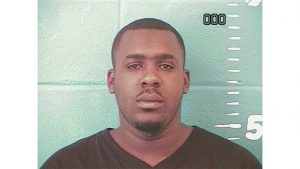 A local car salesman will pay a handsome sum to the state after pleading guilty to tax evasion charges. Wilson... read more