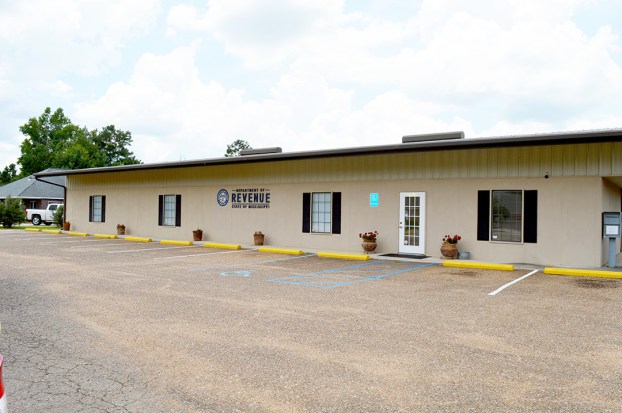 Photo by Gracie Byrne The Brookhaven District Office of the Mississippi Department of Revenue will close in September.

The Mississippi Department of Revenue is closing its Brookhaven office as a cost-cutting measure, though the agency received $2 million more from lawmakers this year, an official said.

“The closure comes as result of a reduction in the agency’s budget which has forced us to look at cost saving measures,” said Department of Revenue spokeswoman Kathy Waterbury. “The lease on this office space expired June 30; however, the agency has extended the lease until Sept. 30.”

Rep. Becky Currie, R-Brookhaven, said she was told the reason the state is closing the Lincoln County office is because of budget cuts.

“But we increased their budget this year by $2 million,” said Currie, who serves on the Appropriations Committee. “It’s awful and shameful that they’re going to have people lose their jobs and shut this down for the convenience of the constituents of 13 counties by claiming it’s the budget cuts. They’re going to have to come up with a better reason than budget cuts, because I’m on appropriations and I saw what they got.”

Waterbury said walk-in traffic to the Brookhaven office has reduced significantly since the Department of Revenue implemented its new tax management system online.

“Most taxpayers use TAP — Taxpayer Access Point — to file and pay returns, view correspondence and account details, and apply for and renew permits,” she said.

Currie said taxes can be difficult to navigate without one-on-one assistance available at a district office like in Brookhaven. Internet service is also limited to many of the rural areas in the counties served by that office.

“You sometimes need to be able to sit down with somebody and talk about something so you can understand it and not get in trouble by the IRS,” she said. “I also don’t want the inconvenience for 13 counties who will now have to go to Clinton, Mississippi, when we have a very economical office.”

Waterbury said those who do not use TAP can visit the Clinton or Hattiesburg offices. The Department of Revenue will also continue to operate its offices in Greenwood, Hernando, Meridian, Tupelo and the Gulf Coast.

Waterbury said the Brookhaven office is the only office currently with an expired lease. She would not say if other offices will eventually be on the chopping block.

Feds give counties, engineers a break — Engineers will be paid hourly rate for bridge inspections

Federal transportation bosses have passed the peace pipe to counties and their engineers with new bridge inspection rules favorable to... read more