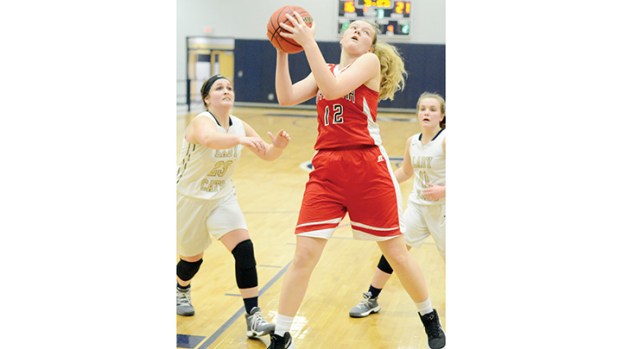 Loyd Star basketball coach Christi Terrell and the Lady Hornets spent the month of June practicing and becoming more familiar with each other.

The team went to a three-day camp at Jackson Academy in June to not only improve their skills, but to build team chemistry as well.

“Team chemistry is something that you have to have,” Terrell said. “When you go to a camp like that, it forces you to bond and build relationships. What’s big for us is forming the team chemistry that it takes to win. That’s what we wanted to get accomplished at the camp at Jackson Academy. When you’re a team you’re a family.”

The three days in the capital allowed the Lady Hornets to take on some high-level competition to prepare them for the upcoming season, as well.

“We played some really good teams that we don’t get to see in the regular season,” Terrell said.

The Hornets return a solid nucleus of players from the 2017-2018 season after losing only one senior in Marley Poole.

“Losing only one senior, it’s nice to have that experience back,” Terrell said. “We have a solid group of younger players coming up that we expect to have good years this year. It’s pretty much the same players coming back.”

The Hornets finished second in the district in the 2017-2018 season and advanced to the first round of the MHSAA 2A playoffs before falling to Puckett.

Terrell said she doesn’t so much have to implement a system in her first year with the Hornets because her system revolves around the type of players she has.

“We don’t really have a set system,” Terrell said. “We coach to what our players do well, and we set the system from there.”