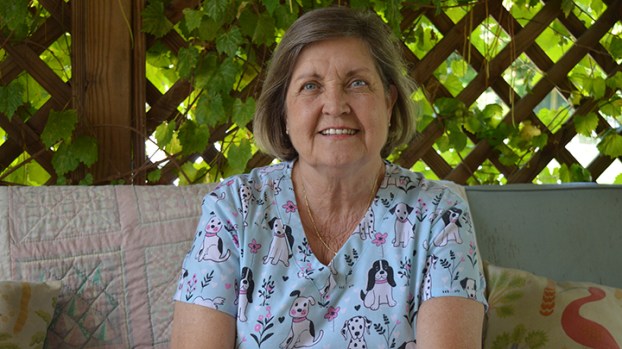 Out of all of the places she’s been, a Brookhaven woman chooses Lincoln County as her home.

Beverly Britt has a love for travel and has been to several countries all over the world. The list is extensive, as she has traveled to many countries in Europe and the Baltic region.

“When I was growing up, I didn’t think I’d ever get to go anywhere,” Britt said.

Britt has been all over the world, but Brookhaven has always been her home. Born and raised here, she attended Wesson High School while it was still located at Co-Lin, when at the time it was still an agricultural high school. After graduating she attended Co-Lin, where she completed the cosmetology program.

She has worked as a cosmetologist for 36 years and ran a bed and breakfast out of her home for two years. Britt also works as a senior sitter. She has two sons — Billy, 53; and Bobby, 51. She has three grandchildren — Zeke, 21; Paige, 17; and Adyson, 15.

Britt attends First Baptist Church of Brookhaven. She is part of the Camellia Society and also a part of the Dining Divas in Jackson. When she isn’t working, her spare time is dedicated to traveling.

“I find traveling interesting, to go and see different places and things,” Britt said. “It gets you out of your shell.”

She loves all kinds of salads, especially pasta salad. What many people don’t know about her is that she lived in Texas, New Hampshire and Oregon before returning to Mississippi. As someone who is constantly on the go, she can’t leave the house without her phone. Britt says that her best quality is that she is a people person. She has even been told that she knew too many people.

The things that are most important to her are her children and her grandchildren. One goal for Britt is to have a home on the coast, as she spends a lot of time down there.

She always has a trip planned, and her next destination is Hawaii, where she will be flying in November.

Old tires are the worst. Mosquitoes will lay eggs in any stagnant water, but little pools inside old tires laying... read more