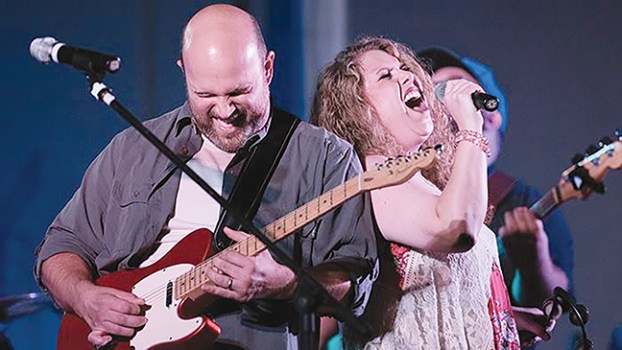 The Bridge is rocking this Friday night

Tyler Bridge and his band will keep the music going Friday for the second in the three-part Summer Concert Series.

The event is sponsored by the Brookhaven-Lincoln County Chamber of Commerce’s Creative Economy Committee and the Tourism Council.

An added attraction at the concert is a children’s activity area with jump houses and water slides.

The Bridge Band performs in front of Brookhaven Music and Sound from 7-9 p.m. The concert is free.

The kids’ zone inflatables provided by Ole Brook Jump & Jive will be open from 6 p.m. until dark. Wristbands for the kids’ zone are $5 each.

“We had Brookstock last week, and it was kind of a warm up to this week’s gig,” said Bridge, lead singer and guitarist of The Bridge Band.

Railroad Avenue between West Chickasaw and Cherokee streets will be blocked off beginning at 5 p.m.

People are encouraged to bring a lawn chair or a blanket to sit on, said Chamber Program Director Katie Nations. In the case of severe weather, the event will be held at Recess 101.

Street dancing is not just allowed but encouraged.

“We encourage everyone to come to town, eat a bite at one of our amazing restaurants or grab some to-go, bring their family, lawn chairs, dance in the street, and have a great time,” Nations said at the start of the series.

The Trouble Trio, a band put together by Brookhaven musician Topher Brown, finishes off the series Aug. 10 with a concert from 6-8 p.m.

Brown, the worship pastor at CenterPoint Church in Brookhaven, will be joined by friends Anthony Daniels and Nathan Spears for the show.

They’ll be playing everything from country to pop with a little rap thrown in as well.

Lincoln County’s electronic voting machines are unconnected and unaffected by remote-access software that could leave them vulnerable to hacking, the... read more