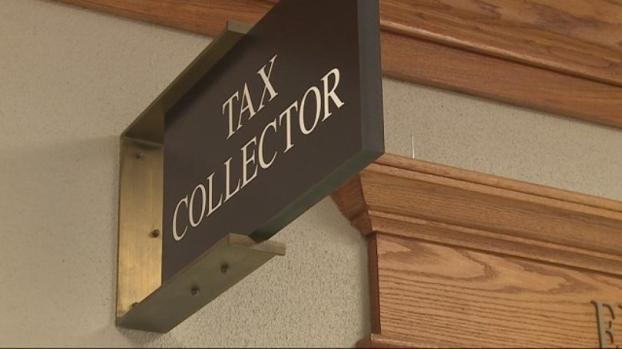 Going once, going twice, sold — Only one month to tax sale

Some landowners haven’t settled up last year’s tax bills, and Lincoln County is about to collect.

The annual tax sale begins at 8:30 a.m. on Monday, Aug. 27, and over the course of six hours of digital bidding in an online auction, the Lincoln County Tax Collector’s Office will recover $1,581,173 in back taxes owed on 2,362 parcels. Tax collector Blake Pickering said the average unpaid bill is between $1,300 and $1,500, and he expects several of the open tabs to be closed out before sale day.

Otherwise, those in arrears will be paying a new lien-holder 1.5 percent interest per month.

“Ninety percent of the people who bid on parcels in the tax sale are after the interest income, and from my understanding, the guys who do it make a pretty good bit of money,” he said.

Anyone interested in bidding on the delinquent parcels must create an account with CivicSource.com and send a completed Form W-9 to Pickering’s office. Once registered with the bidding site and tax office, registered users will receive an email approving their participation in the sale.

Once the sale launches, logged-in bidders will have access to all of the parcels and can immediately enter bids. CivicSource allows “proxy bidding,” in which users can set a maximum bid amount and walk away — the site will automatically increase the bid by the minimum to stay on top of competitors until the maximum is topped.

CivicSource uses a rolling 5-minute clock that extends bid times to prevent last-second “sniping” during the final seconds of the bid process. Pickering said a bidding war over a particular parcel extended 10 times for an additional 51 minutes during last year’s sale.

Successful bidders will have 24 hours to pay the full owed amount to CivicSource. The site turns a profit only off a percentage of over-bids and sends Lincoln County a check for the full amount of taxes collected.

Successful bidders will be entitled to 1.5 percent interest per month and will be paid in full once the landowners settle their bill. If the landowner doesn’t pay up in two years — three years from the date of the original tax lien — successful bidders can sue in chancery court for a quiet title giving them ownership of the parcel, though Pickering said such actions are rare.

Anyone owing taxes who wishes to avoid having their bill auctioned off can settle up with the tax collector’s office by Aug. 24. The office will stop accepting checks after Aug. 10.

Pickering said his office will publish a list of delinquent parcels in The Daily Leader on Aug. 9 and Aug. 21.

If a parcel is auctioned off in the upcoming tax sale, landowners should pay their bill as soon as possible in the Lincoln County Chancery Clerk’s Office.

This will be the second year the annual tax sale has been conducted online. Previously, tax sales were carried out in all-day sessions in the circuit courtroom, but moving the sale online allows more participants and ensures more collections, Pickering said.

“It opens it up for working people who want to participate but can’t get off work all day,” he said.

Pickering’s office will host an info session with CivicSource to teach participants how to use the online system. The two sessions are scheduled for noon and 6:30 p.m. on Aug. 9.

Lincoln County schools are diversifying graduation options and throwing out nine-weeks tests as part of a policy update for the... read more