A Brookhaven man killed in a two-vehicle crash Thursday morning in Olive Branch put God and his family first, his widow said.

“He was the best daddy. He adored his kids and his family,” Adrianne White said. “God and his family. That was his top priority.”

Harold Dean White Jr., 40, was traveling westbound on Hwy. 78, about one-quarter mile west of Craft Road, when his 2016 Ford pickup truck collided with the rear of a 2016 Volvo tractor/trailer, according to the Olive Branch Police Department.

Witnesses told police the 18-wheeler was stopped in traffic on Hwy. 78 when White’s truck collided with the back of it.

Dwayne Gill, of Brookhaven, said White was an usher at Bethel Temple Pentecostal Church, where he attended with his wife, and two children — a son, 6, and a daughter, 4.

“He was one of the guys you could always depend on,” he said. “Dean was liked by everybody. He was always upbeat and had a good attitude.”

Gill said White traveled often with his job as a technician at Electronic Controls Inc. and was in DeSoto County for work.

Adrianne White said her husband left for North Mississippi Monday morning. She talked to him Wednesday night by text and he said he’d be leaving for Memphis the next day.

White grew up in New Hebron and went to Lawrence County High School.

He and Adrianne celebrated their anniversary earlier this month.

Arrangements are by Hartman-Jones Funeral Home in McComb. 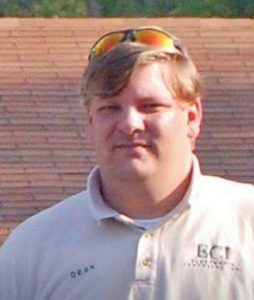 Going once, going twice, sold — Only one month to tax sale

Some landowners haven’t settled up last year’s tax bills, and Lincoln County is about to collect. The annual tax sale... read more