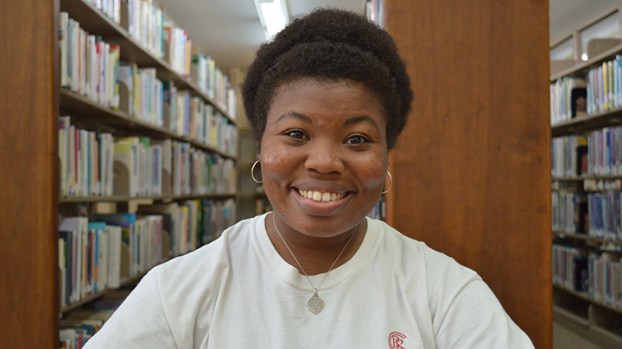 Kayla Pendleton lives each day looking at the bright side of everything.

Pendleton, 27, has lived in Brookhaven her entire life. She is the daughter of Willie and Clara Pendleton, and she has a younger sister — Shannon, 21.

“With all the bad that’s going on in the world, you need happiness from random places to let you know there’s still positivity,” Pendleton said.

Pendleton attends Brookhaven First Assembly. She loves to cook and spend time with her friends. One food that she especially enjoys making is tacos.  She works as a occupational therapy assistant at Diversicare of Ripley.

One fact about herself that many people may not know is that she has 15 years of dance experience from being enrolled at Showstoppers Studio of Dance. She was also a Colette during her time at Co-Lin.

An interesting tradition that the Pendleton family has is they wait until the first weekend of December to put their Christmas decorations up so as to not rush into the holiday season. One thing that she cannot go without doing is talking to God, and she compares the experience to talking to a best friend.

Pendleton says that her best quality is that she is jovial and fun. Her biggest goal in life is to make a difference in the world and to make a good impression on the people she meets.

A Brookhaven man killed in a two-vehicle crash Thursday morning in Olive Branch put God and his family first, his... read more