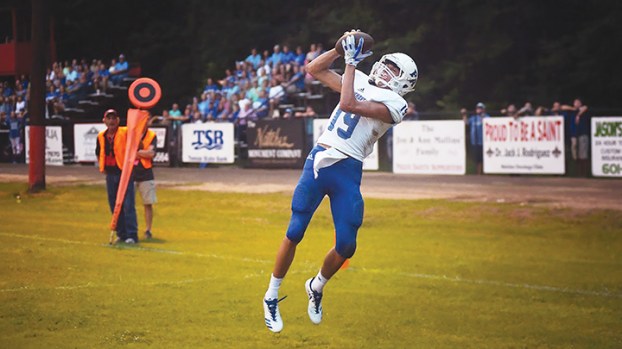 Daily Leader file photo/Brookhaven Academy’s Cade Brown returns to the Cougars as a senior. As a junior he caught 67 passes for 1,103 yards and 14 touchdowns.

Cade Brown had a strong 2017 season as a junior, and he hopes to replicate that success as a senior.

The wide receiver provides the Cougars a strong presence on the outside as he can score from anywhere on the field.

“He’s a guy that when we throw a jump ball, he’s going to come down with it four out of five times,” Brookhaven Academy head coach Ron Rushing said. “He’s a physical receiver that can strike from anywhere.”

Brown said he and quarterback Dawson Flowers have developed a real chemistry and it helps them be successful.

“Dawson and I have a great connection,” Brown said. “He puts the football where we can make plays, and that’s big. He’s a great quarterback.”

Brown and the Cougars are looking to bring a state championship to Brookhaven Academy this season.

“We had a good year last season, and we’re going to try and build off of that into this year,” Brown said. “We’ve got a lot of players coming back on this team, and we know that if we put in the work we can win a state championship.”

The Cougars advanced to the second round of the playoffs last year before falling to Centreville Academy in a highly-contested game.

This year, the Cougars are looking toward winning a state championship and Brown knows he’ll have to take on a leadership role as a senior for that to happen.

“We have the guys that can make it happen this year,” Brown said. “As a senior, we have to be leaders and make sure that guys are doing the right things and if they’re not we have to correct them if we’re going to compete for a state championship.” 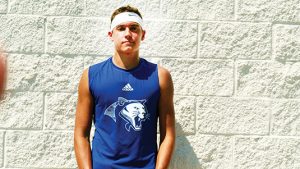 P23: Hornet leads from the back

Zach Nevels has moved from defensive end to the defensive backfield for Loyd Star, and the senior said he’s enjoyed... read more