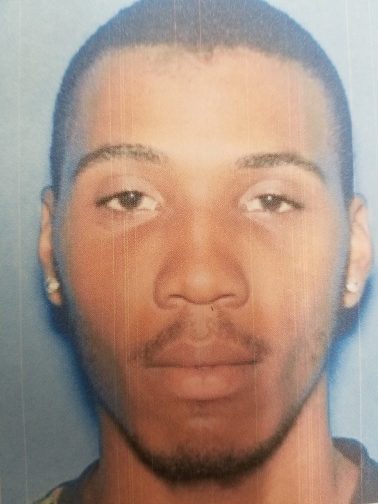 Brookhaven police are asking for the public’s help in locating a suspect wanted for an armed robbery earlier this year.

Brookhaven Police Department Detective Clint Earls asked citizens to be on the lookout for 19-year-old Latterance Simmons, a suspect in the May 30 armed robbery of a woman in the parking lot of Brookhaven Wash and Dry, adjacent to Piggly Wiggly on Monticello Street. Simmons, who sometimes goes by “Terance” or “T,” is considered armed and dangerous.

“If contact is made, use caution and notify the authorities — don’t try to take action,” Earls said.

Earls said Simmons is charged with armed robbery and a warrant has been issued for his arrest. Simmons is known to frequent both Brookhaven and McComb, Earls said.

Brookhaven police arrested a suspect of the same name and age in late February for giving false statements to a police officer. His address was listed then as 961 McBride Road in Union Church.

Simmons is wanted for a stickup in which he allegedly placed a gun to a woman’s forehead, demanded her money and took $62 from her billfold around 1:30 p.m. on May 30. The woman, who previously spoke to The Daily Leader, said she was relaxing in her truck between loads of laundry when the robbery occurred.

“The one with the black shirt walked up and said, ‘You been doing them weeds?’ I told him this isn’t weed, it’s a cigarette. He asked for one. I reached over to my console and was going to give him a cigarette, and I turned back around and he had a pistol to my forehead,” she said.

The Daily Leader is not publishing the victim’s name out of concerns for her safety. Police have also withheld her identity.

The victim said she was previously approached by two young men who asked for a ride, which she declined to give. She said one of them came back and robbed her at gunpoint, but the second — whom she identified only by his gray shirt — left the area before the robbery.

Earls said police have identified the second young man and have spoken to him, but are withholding his name. He was not arrested.

Brookhaven Elementary third-grader is a hero to her grandmother

It’s been a busy summer for C’aria Brown. She celebrated turning 8 with a pizza party Saturday and she lost... read more