Senator Hyde-Smith gets funds from near and far

According to campaign finance reports filed with the Federal Election Commission, the Brookhaven Republican has collected $1,654,032 as of June 30 and has, so far, spent only $264,232, leaving plenty of money in the bank for the critical few weeks preceding the Nov. 6 special election. At this point in the summer, Hyde-Smith is towering over her three competitors financially, having raised four times the amount of the next-closest candidate.

“Sen. Hyde-Smith is extremely pleased and grateful for the outpouring of support from so many Mississippians and conservatives across America,” Cindy Hyde-Smith for U.S. Senate Communications Director Melissa Scallan said in a statement Tuesday. “This report shows the broad support she has received for the work she is doing, such as securing our borders, strengthening our military, reducing the debt and confirming conservative judges.”

Scallan pointed out Hyde-Smith’s second-quarter fundraising totals are among the best of any federal candidate in Mississippi history.

Democratic candidate Mike Espy, who served as U.S. Secretary of Agriculture in the Clinton Administration, has raised $408,236 as of June 30 and cleared out one-third of that amount, spending $126,760 so far.

State senator Chris McDaniel, Hyde-Smith’s Republican opponent and an original Tea Party fire-stoker, shows receipts totaling $327,263 as of June 30, and he’s already spent more than half that amount at $179,390.

That far in the money hole, McDaniel’s election hopes seem to be leaning entirely on an endorsement from President Donald Trump, who has yet to back anyone in the race. An insider’s spat between Trump and Gov. Phil Bryant, who appointed Hyde-Smith to fill the Senate seat vacated by retired Sen. Thad Cochran in March, was reported nationally when Trump declined to throw his support behind Hyde-Smith.

McDaniel was thought early on to pose a challenge for Hyde-Smith after he forced Cochran into a narrowly-lost special election in 2014, but fundraising has swung wide in Hyde-Smith’s favor.

The race’s fourth opponent, Gautier’s Toby Bartee — a longtime civil servant who’s held posts as an intelligence officer for the Navy and Department of Homeland Security — reported no funds raised or spent.

Hyde-Smith, meanwhile, has pulled in money from far-off places.

Her largest contribution is for $84,645, and it comes from the 2018 Senators Classic Committee, a joint fundraiser supporting Republican Senate candidates nationwide that partners with the PACs behind Ted Cruz, Roger Wicker and others. The committee’s treasurer is Keith A. Davis with Alexandria, Virginia-based law firm Huckaby Davis Lisker, Inc.

Hyde-Smith has also received $24,300 from Sin City. Las Vegas casino boss Sheldon Adelson and his wife, Miriam, have given her $10,800 combined, and developers Peter Simon and James and Joseph Wickman kicked in $13,500.

Adelson made news last year when he gave Trump $5 million for his inauguration, the largest single donation ever made toward a president’s inaugural ceremony.

The largest donors are Stan and Cindy King, along with Stan King Properties, who have given a total of $10,000 to the senator. Reed’s Metals founder and president Bernie Reed was the second-highest donor, giving $3,280, while the third-highest was equal between John Hartzog and Mike Whatley, who gave $2,700 each. 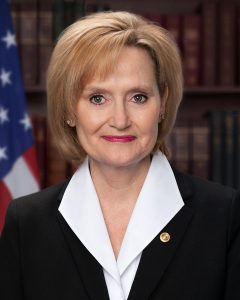 A Mississippi tech company is pushing for the development of a computer science curriculum in high schools and community colleges... read more