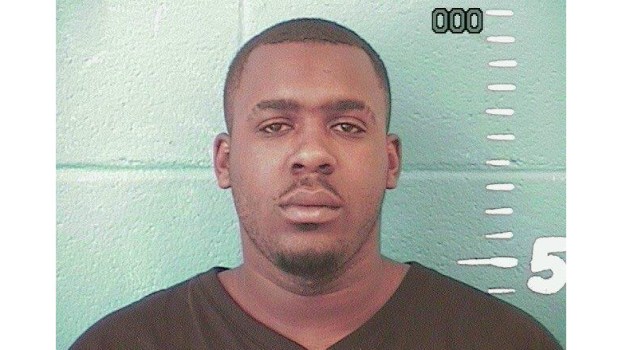 The blue lights flipped on, the guns came out and Brookhaven police had their man.

At least they thought they did.

On the morning of July 20, a tip came in that Lattrick Williams, a Brookhaven man wanted in connection with a bank robbery last August and a high-speed chase that injured an officer in January, was coming into town from the Loyd Star area, where he’s known to stay. Cops put eyes on the intersection of Hwy. 550 and Hwy. 51, where Loyd Star traffic spills into Brookhaven, and readied their officers to conduct a high-risk stop.

The car came to the intersection and turned south, and the cops stopped and surrounded it in front of Jeff Wilson Auto. They trained their weapons on the driver and ordered him out of the car and onto his face before cuffing him and putting him in the back of a cruiser while they searched his vehicle.

But the man wasn’t Williams — he was Leroy Clark Jr., a 37-year-old truck driver from Killeen, Texas, visiting his hometown for a family reunion.

“I didn’t even know what was going on. They rushed me, and cars came from everywhere,” Clark said. “They opened the door and said, ‘it’s not him,’ but they searched my car and did all kinds of stuff. They didn’t read me no rights, didn’t tell me what I was arrested for. Then two officers got in the car with me and said I was being arrested for marijuana.”

Officers found a small amount of marijuana in Clark’s car — he said they described it to him as “crumbs on the floorboard,” and denies there was even that — and booked him into the Lincoln County Jail for possession of marijuana.

But his stay was short. About 90 minutes later, Brookhaven Police Chief Kenneth Collins sent a car to the jail to pick up Clark and bring him to police headquarters. From there, he was released, given back his vehicle and all charges against him were dropped.

“The only thing I could do was dismiss that ugly misdemeanor mess and try to make it right,” Collins said. “All we can do is beg your pardon.”

Collins said his department received the Williams tip from a credible source in law enforcement and had to be ready for anything when they executed the felony traffic stop.

“If you just walk up there casually, you could get your head blown off,” Collins said. “That’s why we did the full felony traffic stop. If one of my guys was to just walk up to the car, he could pop out of the trunk and shoot.”

Collins said his officers are constantly on the lookout for Williams, who may be the most-wanted man in Brookhaven.

Police believe he’s a suspect in the Aug. 31 armed robbery of the Star Town branch of State Bank & Trust, and that he was in a vehicle that eluded them the night of Oct. 7. They also believe he was in an SUV that led officers on a high-speed chase on Jan. 20 that went across Brookhaven and south, down the northbound lane, of I-55. A sheriff’s deputy was injured in the chase when the suspects ran him off the road — they later ditched the car in a mobile home park and fled on foot.

In a murder trial in April, defendant Cordarryl Bell said he shot and killed 26-year-old Aquarius Nelson on Nov. 2, 2015, in self-defense, fearing Nelson believed he had previously wounded Christopher Stringer in a shooting and had come to even the score. Bell testified he didn’t shoot Stringer, but told the court he’d come under fire from Williams for the same reason. He also testified Williams drove Nelson to Bell’s residence on Walnut Street where the killing occurred.

Stringer was also named as a suspect in the January high-speed chase. He was arrested in Lawrence County for fleeing a traffic stop and remains in the Lawrence County Jail with numerous charges.

Collins said his department has received reports that Williams is still in town, avoiding police with the help of friends and family. Cops have even heard friends drive Williams around in the trunks of their cars to hide him, and that he’s disguising himself to hide in the open.

“If you don’t know him, you could be talking to him and not know it,” Collins said. “When you got people in the community helping him evade the law, he could hide in plain sight all the time. But those people are putting lives at risk — if we find out someone is providing help to him, we’re gonna charge that person. If it’s your brother, your sister, your uncle, I’m sorry.” 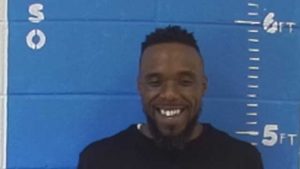 Three graduates of Enterprise High School — all Scouts in Troop 450 of Brookhaven — have reached the highest rank... read more