Three graduates of Enterprise High School — all Scouts in Troop 450 of Brookhaven — have reached the highest rank in Boy Scouts and will be celebrated for their achievement Saturday.

Ryan Amic, Grayson Bennett and Jeff Rayborn will be the guest of honors at the Eagle Scout ceremony to be held at Union Hall Baptist Church beginning at 6 p.m. The event is open to the public.

Becoming an Eagle Scout is not a walk in the park. It takes dedication and hard work.

“It teaches them about leadership, to follow through and don’t give up,” said Rebecca Amic, Ryan Amic’s mother.

Besides earning 31 specific badges, Eagle Scouts must be honorable to God and country, help others at all times and to keep themselves “physically strong, mentally awake and morally straight,” according to the Scout Oath.

They must follow the Scout Law, which requires they be trustworthy, loyal, helpful, friendly, courteous, kind, obedient, cheerful, thrifty, brave, clean and reverent.

The final hurdle to becoming an Eagle Scout is to create a project that benefits the community.

Amic, 18, collected 2,600 pair of gently-used shoes which were used by a company to create jobs in Third World countries. Not only does it help those communities, it also is a green project because it keeps used products out of landfills.

In this case, the company involved in the project pays based on the quantity collected. Amic couldn’t keep the more than $1,000 check he was presented so he donated it to the Ronald McDonald House in Jackson.

To complete the projects, Scouts must make all the plans, gather volunteer labor and manage the project.

Amic enlisted the help of friends and family and even got a storage unit donated so he’d have a place to keep the shoes during the process.

Jeff Rayborn’s project took him through neighborhoods in Walthall County. Rayborn, 18, has family who run a business there. The Walthall County Board of Supervisors had received a grant for Neighborhood Watch signs, but needed someone to organize the installation.

“They were trying to find someone who could help with it,” said Rayborn’s mother, Tammy.

Rayborn coordinated volunteers to place the signs in the appropriate areas.

Tammy Rayborn said her son has grown and matured as a Scout.

Her older son was an Eagle Scout, so his younger brother set that rank as his goal as well.

She believes that it will help both of her sons in the future.

“It shows that you were determined and you could follow through,” she said. “That you’re dependable and dedicated.”

Grayson Bennett, 19, chose to improve the garden at Union Hall Baptist Church, where the young man attends with his family.

He organized donations and a volunteer workforce to plant shrubs and flowers, pressure wash stepping stones and spruce up the area. They added two swing sets and refurbished picnic tables.

His mother, Emily Bennett, said the Eagle Scout project is difficult for a reason.

It teaches them responsibility.

Grayson Bennett’s two younger brothers — Gavin, 13, and Gunnar, 9 — are both in Boy Scouts. 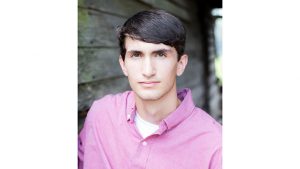 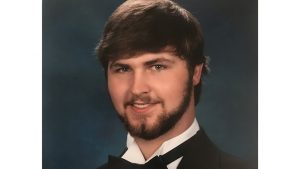 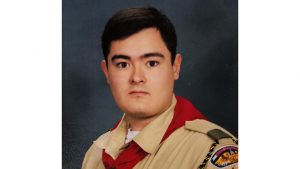 Brookhaven’s top cop is asking for homeowners and businesses to “step into the future” and make an investment into keeping... read more