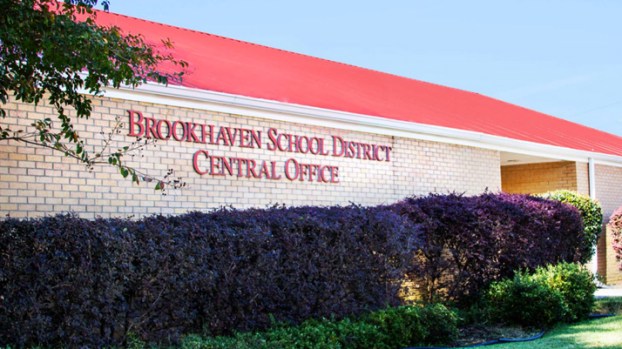 The head of Brookhaven schools stood firm on his reasons for non-renewing a former principal’s contract Friday, glossing over discrepancies in past testimony and backing his department heads on the fifth day of hearings for former Brookhaven Elementary School Principal Shelley Riley.

Brookhaven School District Superintendent Ray Carlock took the witness stand for the second time just after 10 a.m. and fielded questions from defense attorney Lisa Ross for the next six hours, answering some and deflecting others while defending his reasons for ending Riley’s contract. Carlock’s testimony covered a wide range of school policies and dipped into details from nearly every other witness’ testimony — a few of which he contradicted — but he focused on Riley’s alleged dragging of an autistic student down the BES hallway as evidence that she discriminates against students with special needs.

“The dragging incident was a very clear reason,” Carlock said. “When you pull a student down a hallway, you are violating his due process rights. There were so many events, and a pattern of behavior emerged.”

Carlock testified he non-renewed Riley’s contract because of the dragging incident, which occurred on Jan. 6, 2017, and a second incident on Sept. 22 that same year in which she stood back and recorded video of a special needs student’s meltdown instead of engaging with him. He also cites a tantrum she is alleged to have thrown toward office staff at Mamie Martin Elementary School over checkout permissions concerning her grandson, and a scheduling change at BES he claims broke down among parents due to her failure to thoroughly inform them.

The hearings began on May 1, and more than 30 hours of testimony has been recorded from numerous school district employees. Some have supported Carlock, while others have disputed his claims and backed Riley.

Several witnesses’ testimonies have cast doubt on whether or not the district is following federal law regarding special needs students in the areas of academic intervention, promotion and retention from one grade to the next, and teacher training.

Carlock’s day began with Ross questioning him about his timeline for non-renewing Riley and the stated reasons. He issued Riley a written reprimand for the dragging, videoing, office outburst and schedule incident on Oct. 9, 2017, and cited the same reasons in his non-renewal letter on March 6, 2018.

Ross claimed Carlock letting deputy superintendent Rod Henderson handle the reprimand was a violation of the district’s staff handbook, which places Carlock in charge of teacher discipline. But Carlock said delegating to Henderson was allowed under school board policy and pointed to fine print in the handbook allowing the administration to change or modify the agreement without notice.

The questioning next moved to an audio recording of a heated conversation between Carlock and Riley that took place on Sept. 27, 2017, in which the superintendent answered Riley’s threat to resign by telling her to talk to the Public Employees’ Retirement System because he was “writing (his) letter now.”

“She was going to leave the district one way or another if you had your way, correct?” Ross asked.

Carlock said he never sent the letter, and his next letter to her was instead the reprimand of Oct. 9. Ross asked why he went ahead with non-renewal after Riley complied with the reprimand’s demand not to engage in further conduct violations, and Carlock referred to her pattern of behavior.

Ross also revisited the question of restraint training for dealing with outbursts from special needs students. District behavioral specialist Anabel Spencer previously testified she provided Crisis Prevention Institute training to school officials in half-hour slideshows — she later told Ross the training was not adequate and the district did not certify participants as required by state policy.

Carlock said the training was adequate, and when asked by Ross why the district has switched to a new training vendor that will teach a five-hour course, he said the switch was made because the new company has cheaper rates.

Carlock next provided the hearing’s third testimony about the district’s practice of “parent requests” — allowing parents to request their children be moved to certain classrooms. When asked on May 1 if the policy led to segregated classrooms, Carlock said, “we have some classrooms that are all African American,” and retired teacher and part-time tutor Judy Boggan testified on June 21 the district gives priority to the children of affluent white citizens when parent requests are considered.

Ross accused Carlock of retaliating against Riley with non-renewal for her refusal to act on such a request from a “white doctor.” Carlock downplayed the practice.

Carlock said the district keeps no record of parent requests or which are approved, or denied.

Ross next alleged the district listed all the special needs students at BES during the 2017-18 school year under a single classroom to avoid hiring another teacher to mitigate student-teacher ratios that had grown too high (27 students per classroom).

Carlock said the students could be shifted around depending on “the numbers,” and that he depends on district special services director Brandy Myers to let him know if congregating the special needs students was a violation of the law or policy. Carlock referred numerous questions to Myers Friday, who has already testified twice in the hearing and been released.

Earlier in the day, retired principal Pam Fearn, who is serving as interim BES principal alongside Brookhaven High School Assistant Principal Stacy Walker, testified she recently reassigned former BES academic coach Deedee Roberts as a fourth-grade teacher out of necessity due to the size of the incoming class.

Ross accused Fearn, and later Carlock, of demoting Roberts in retaliation for testifying in support of Riley on June 21. Roberts told the court then a special needs student who failed the third-grade reading gate test in 2017 had no documentation of the interventions necessary for the good cause exemption he received to move up a grade. She also accompanied Riley as a witness to a meeting with Henderson and Myers at which Riley signed off on the exemption — she would later claim she signed the document under duress.

“It was not tied to this case,” she said. “I had a choice to make — I had more children in classrooms than was allowed. I put her in fourth grade to relieve those numbers, and in lieu of that I will be taking on her job (as academic coach).”

Ross asked Fearn if there were more students at BES this year than last year, but Fearn said she did not know without looking at enrollment numbers.

Fearn also testified she attended a Sept. 19, 2017 meeting of disgruntled parents at the Lincoln County Public Library at Carlock’s request and reported back to him. She sent him a written report nearly six months later — March 6, 2018 — saying “most” of the BES teachers opposed Riley’s schedule change.

But five BES teachers testified on June 21 they supported the schedule change and made efforts to notify parents. The same group requested a meeting with Carlock over Riley’s non-renewal, but he declined via email.

Friday’s strangest moment came when a handful of documents in evidence were found not to match.

Carlock had previously testified he talked to former BES intervention specialist Rachel Powell about the good cause exemption Riley signed, but Powell said on June 21 she never spoke to Carlock about it. Carlock explained the contradiction Friday by pointing out some of the student’s exemption paperwork — which was entered into evidence and copied for both sides of the hearing — had been altered.

“She said she never talked about this with me because she had never seen it,” Carlock said. “These have all been marked through.”

Ross withdrew her line of questioning and told Carlock, “your people could have doctored this.”

On June 21, Powell frustrated Ross by refusing to answer almost all her questions without being able to review her therapy notes, which she did not have at the meeting and no one from the district could locate.

The hearing will continue with at least one more day of testimony at an undetermined date. Carlock will be first on the stand, and Riley will testify after him.

A 32-year-old woman is accused of having sex with a 13-year-old boy at her home on Mallalieu Road. Elisha Barnes... read more