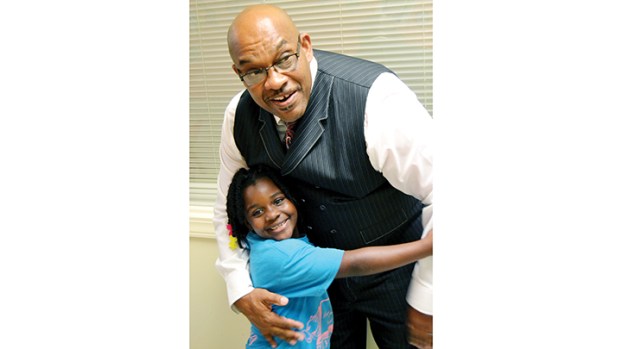 As students return to class Monday — or attend public school for the first time — Brookhaven police are making safety a priority over education.

While most of the schools will follow the same traffic patterns as in the past, a few changes were made over the summer at Alexander Jr. High and Mamie Martin Elementary to help ease confusion and congestion with student dropoff and pick-up.

At Mamie Martin, at least a third of the student body is new to the school, which means it’s likely their parents are, too. It’s a landlocked campus without much wiggle room in its parking lots.

“Due to the tight small area, please only park in designated areas,” Chief Kenneth Collins said. “Brookhaven Police Department will be on campus to make this process move as quickly and safely as possible. Please be patient and kind. Together we can make this work. Safety is our main priority.”

New parents and new students should come to the school from Vivian Merritt Street. They’ll have access to limited parking.

“No parking on Vivian Merritt on either side of the street. Vehicles will be towed at owner’s expense,” he said.

Buses only are allowed on Molly Street.

Collins provided a break-down of the traffic strategy at Mamie Martin Elementary:

• Parent pick-up and drop-off will not change for returning students.

• New students and parents must enter into Mamie Martin by way of Vivian Merritt Street off of North Jackson Street by way of Smurr Avenue toward Union Street.

• No side-street parking will be allowed on Vivian Merritt. Violators will be towed at the owner’s expense.

• The driveway directly in front of the school is for buses only.

• Absolutely no parking will be allowed in areas marked with barricades or yellow tape. This area is blocked off so school buses have room to navigate through the tight areas. Vehicles parked in the areas that are marked by police will be towed at the owner’s expense.

• Smurr Avenue will be marked as a one-way street for the first week of school during school hours. No traffic will be allowed to turn onto Smurr Avenue from Ingram Street.

There are numbered boxes — 1 through 5 — painted on the street at the area designated for pick-up.

“Instead of going four wide, they’re only going two wide,” he said. “The kids will line up according to their vehicles along the inside of the fence. As the cars move up, they will move up. Only when the kids’ vehicles that are picking them up reach box No. 1 — and this is painted on the street — there’s a line there, the kids will load from the front. That way the driver will be looking at them at all times. They’ll come out, load up into either vehicle on the inside or the outside, they’ll pull off and the next vehicles will pull up.”

After all of the vehicles are pulled up and in the parked position, the next group of children will be allowed from behind the fence to the loading line to load into the vehicles that are picking them up.

At just 17, Brookhaven native La’Ron Hines is making strides in Los Angeles, as he has landed a lead role... read more