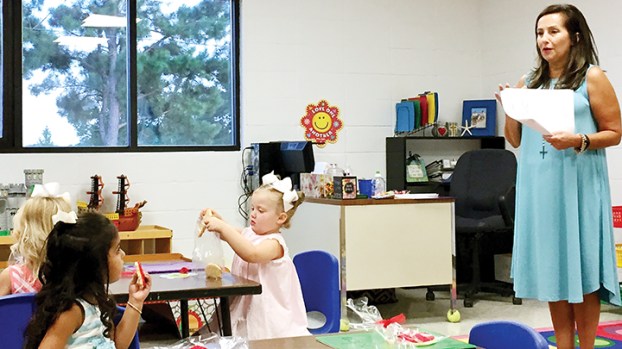 Brookhaven Academy started the 2018-2019 school year with a new building for the K3 and K4 age groups. The construction started in April and contractors finished about two weeks ago, just in time for open house.

“They’ve been talking about it for a couple of years, we could see an upswing in enrollment in the past year,” said director of development Brian Emory. “The start of construction lined up perfectly, with enrollment changing from 470 to 540.”

The new building has three classrooms, each with a single-occupant bathroom and storage closet. The roofs for the pre-existing kindergarten buildings were improved as well. The cost of the building was completely funded through private donations.

There aren’t any plans at the moment to expand in the next school year, but the current improvements were made with the anticipation of increased enrollment. The improvements that were made are also based on the academy’s school improvement plan for the next few years.

Enrollment went up after at least 120 new students were admitted to the private school.

“We are excited about the new year. We look forward to what God has planned for us in the future,” said Head of Schools Jason Case.

“I think it’s very modern and well fitted for the children,” said Melancon, of Loyd Star. “Alexis loved the new building, and she said that she loved the big windows so that she could see outside.”

A Wesson man is accused of exposing himself to other motorists while driving through McComb. Frederick Ian Coleman, 39, of... read more