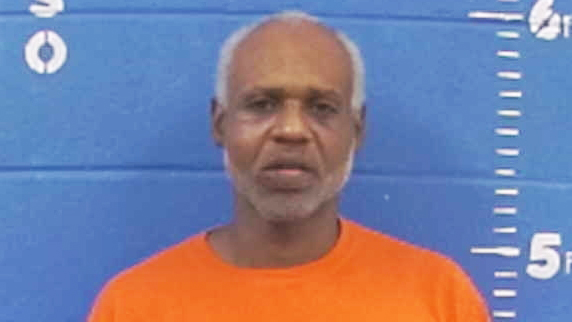 A Brookhaven man suspected of shoplifting led police officers on a chase at elevated speeds through Brookhaven Monday night that included sheriff’s deputies and troopers with the Mississippi Highway Patrol.

Jimmy Townes, 46, of SE Greenwood Lane, was charged with felony fleeing or eluding police in a motor vehicle, no auto insurance and no driver’s license. He also has a hold through Mississippi Department of Corrections for a probation violation, Police Chief Kenneth Collins said.

Townes was seen inside Home Hardware shortly before 6 p.m. Monday and police were notified.

“We’re familiar with Mr. Townes,” Collins said. “We’ve had problems with him before. I advised the officers to start going to all the hardware stores and malls because that’s what they do, they go from one store to the other shoplifting.”

Officer Tecumseh Warren spotted Townes’ SUV in the Home Depot parking lot at 5:56 p.m. Officers surrounded the store but Townes escaped through the garden section and sped off in the SUV with an unidentified passenger, Collins said.

Officers pursued the SUV west on Brookway Boulevard to Zetus Road, then back to Natchez Avenue, then to Hwy. 51. Townes headed south toward Hwy. 84 then turned onto Dale Trail headed east, Collins said.

The chase continued on South First Street south to Hwy. 84 and Townes headed east. Mississippi Highway Patrol joined the pursuit at that point and officers were able to catch Townes shortly after.

“We were able to apprehend him just after Greenwood Lane,” he said.

Collins said Townes’ SUV was impounded and they will search it upon issue of a search warrant. The passenger could also face charges depending on what evidence is found, he said.

Collins said he decided to pursue Townes while it was still daytime.

Collins believes he made the right decision.

“While any pursuit is dangerous, you just have to make the best decision at the time for the safety of the community,” he said. “I don’t enforce pursuits, but I had to make the decision at that time that it was better to catch him during daylight hours than to risk continuing after dark.”

Collins said he knows the suspect and could tell that he was under the influence. Townes’ blood test came back positive for three types of narcotics, he said.

“I knew yesterday he wasn’t himself. He wouldn’t have run from me,” he said. “People are not in their right mind when they’re under influence of these type of drugs.”

The chase reached speeds of no more than 60 mph, Collins said.

The chief said he appreciated MHP and LCSO for their assistance.

“It takes a working relationship with all these agencies to keep our town and our county safe,” he said.

The youth are gathering for One Night. And, hopefully, many more nights afterward. The biannual One Night youth group meeting... read more