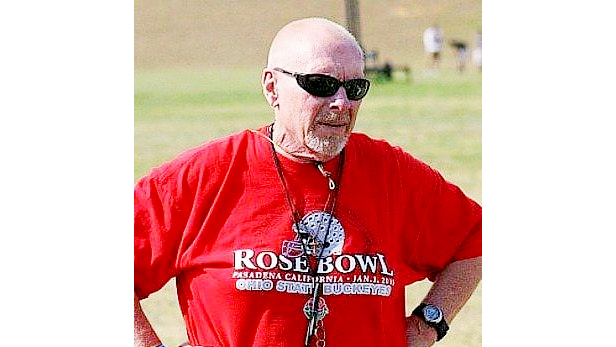 First, he hollered, and roared, and won some football games.

Later, he listened, he prayed, and helped his players win the biggest game of all.

Former Brookhaven High School football coach Bud O’Hara will speak at First Baptist Church of Brookhaven during the morning service Sunday and share his testimony on the passion of high school football, the passion of Jesus Christ and the young student-athletes in the middle. He will speak during the regular Sunday service and be back that evening to address an invited gathering of all the county’s football players, cheerleaders and coaches.

O’Hara, 69, coached the Panthers from 1981 through 1984, taking his team to the Mississippi Bowl in 1982 and posting a 9-2 season that advanced into the playoffs in his final year.

FBC deacon Jeff Henning, who spearheaded the effort to get O’Hara in Brookhaven this Sunday, graduated from Ole Brook in 1983 and was a team captain on O’Hara’s ’82 squad. He credits the old coach with establishing the tradition the Panthers still enjoy today — O’Hara took over a program that had run up eight straight losing seasons and worked them into winners.

“He was a pretty tough dude. Kind of foul-mouthed, a player’s coach. He was tough on us, but he changed the culture and started the winning ways our coaches now have continued,” Henning said. “He started the resurgence of BHS football.”

O’Hara’s coaching career took him to Florida, and his personal life took him to Jesus. He became a Christian and a walking witness, a contributor to the local chapter of the Fellowship of Christian Athletes, and he shared his faith with his players.

It nearly landed him in legal trouble in 2009, when the Freedom From Religion Foundation lodged a complaint against O’Hara with Lake County Public Schools, criticizing the coach for proselytizing with his East Ridge High School players in Clermont, Florida. The district issued rules that limited O’Hara’s participation in team prayers.

O’Hara was fired from East Ridge following a 3-7 season in 2012 — the second losing season of his 11-year tenure. A handful of local parents and citizens lobbied the school board to reinstate him, but they were unsuccessful.

O’Hara was given no reason for his dismissal, but he has an idea about it.

“I was let go from my last job because I was praying with my kids,” he said. “You have to be careful nowadays. The kids can do all that, but it can’t be coach-led. I’ve been so fortunate in the latter part of my coaching career because we really had a program that had a fire for Jesus, and it was just some kind of blessing.”

The trouble in Florida is what’s bringing O’Hara back to Brookhaven for the first time in 35 years.

Henning said he was listening to Christian radio while driving one day and heard a discussion on the influence football coaches have over student-athletes’ lives. The radio hosts mentioned O’Hara, the prayer lawsuit and his subsequent dismissal, so Henning began Googling his old coach when he got home.

He told the story to FBC Pastor Greg Warnock, who was cooking up plans for a youth event and thought O’Hara could be the missing piece. Henning hit the phone, spoke with O’Hara and set up Sunday’s appearance.

“While I was there, I did some things I’m not proud of, and now I get to apologize,” O’Hara said. “I want folks to know I finished well, and finished for the right reasons. I’ve been through some struggles and I’m going to share those struggles.”

O’Hara’s former Ole Brook players will host a meet-and-greet for the former coach in the FBC parking lot at 10:30 a.m. Sunday, and O’Hara will speak during the service beginning at 10:45 a.m. The Sunday evening service is for student-athletes only.

Anderson pleads not guilty to murder

A Natchez man accused of murder and assault in a deadly Brookhaven nightclub shooting will fight the charges in court.... read more