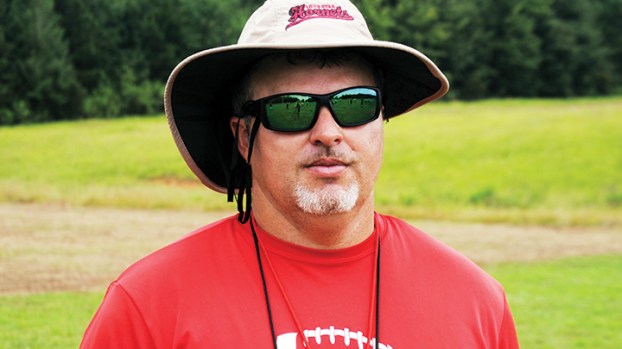 Loyd Star will open its season Friday when the Hornets travel to Hattiesburg for a 7 p.m. kickoff against Sacred Heart.

Coach Brian Ford begins his second season at the school after leading the Hornets to a 4-7 record last year that included a trip to the first round of the state playoffs.

In a week-one matchup last season, the Crusaders took home a 35-14 win over the Hornets on W.E. “Sambo” Smith Field. That contest was close throughout the first half, with Loyd Star taking a 14-7 lead in the second quarter. Sacred Heart would score two touchdowns in the final five minutes of the first half, seize the momentum and turn back any attempts for a Hornet comeback in the second half.

Sacred Heart was led by a bruising halfback, Campbell Klein, who scored three rushing touchdowns to lead the Crusaders. Klein, who rushed for 1,183 yards despite playing part of the season with a broken collarbone, accepted a preferred walk-on spot at Ole Miss.

While Klein has moved on to Oxford, Sacred Heart head coach Lonny Schraeder does return quarterback Zack Weatherell. As a junior the 6-foot-2, 176-pound Weatherell threw for 1,641 yards and 15 touchdowns for a Crusaders crew that finished 5-6 in 2017.

Ford knows from his scouting report that Sacred Heart has moved offensive lineman Garrett Crowder to a tight end/H-back position. He expects the Crusaders, who operate out of the pistol and shotgun, to try and run the ball downhill against his team.

Sacred Heart, a parochial school founded in 1900, plays their games at a nearly new $2.3 million athletics facility. The field, paid for by private donations, opened in 2016 and the Crusaders have only been playing region games as a member of the MHSAA since 2013. The school created a football program in 2009.

“They’ve got a solid quarterback returning, but they’ll use the run to set up the pass and our defensive line has got to be physical all night long,” Ford said. “Braden Ezell is a guy on our defense who is important as a senior. He knows our scheme and helps make sure our guys are keeping their assignments.”

Jared Smith is another senior defensive player that Ford will count on to make plays for the Hornets.

The offensive outlook for the Hornets is bright in 2018. The offensive line is full of experience — quarterback Dane Smith returns and running backs Quan Berry and Je’Mario Clay are coming off a season in which they combined for more than 1,200 yards rushing.

Smith started at quarterback last season after not playing the position since his seventh-grade season. Ford has seen his signal caller grow in confidence during preseason practice.

“Dane was thrown into the fire last year, but he’s grown in confidence every day,” Ford said. “With the guys we’ve got returning on the line, we hope to be able to control the line of scrimmage.”

This is the fourth consecutive year for the Hornets and Crusaders to meet. Sacred Heart has a two-game winning streak in the series.