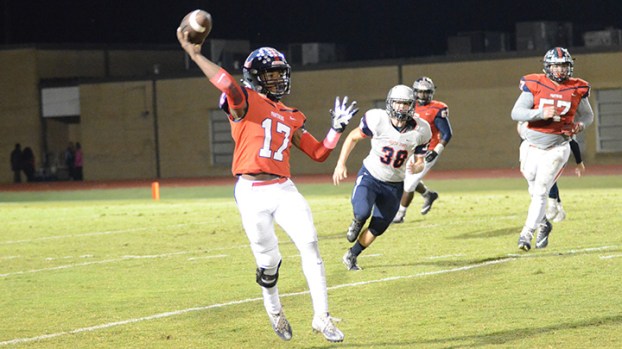 Tucker Peavey and Brookhaven High School football fit together like a hand and a glove. A former state champion coach in his previous stint at Brookhaven from 2002-2010, Peavey and his Panthers face a tough task tonight in their season opener. Brookhaven travels to Pearl for a 7 p.m. showdown with the defending 6A state champion Pirates.

Peavey comes back for a second stint at Brookhaven after five years as the head coach at Southwest Mississippi Community College. Brookhaven High is coming off of an 11-2 season that ended in a second-round playoff loss to Laurel.

The cupboard is far from bare for Brookhaven, but they’ll be facing a Pirate team that many have pegged as one of the top ten teams in the state. Peavey knows his team will be facing a defense that flies to the ball. Blocking will be critical for his team’s success.

“Our offensive line doesn’t have a ton of experience, so we’re going to need a total team effort to give our ball carriers the space they need,” said Peavey.

The Panthers return four-year starter Sevante Quinn at quarterback along with talented senior wide receiver John Hilbert. Senior defensive lineman Coker Wright (6-foot-4, 280 pounds) will be counted on to be an anchor for the Panther defensive unit.

Ever a perfectionist, Peavey wants to see improvement in his team every week, not just as they prepare for the season opener against Pearl.

“If the individual wants to get better in practice, he embraces it and he gets better,” said Peavey. “If he doesn’t want to get better, he goes through the motions in practice to just get through. We’ve got to get every guy on our roster to embrace the work it takes to improve.”

Ron Rushing is ready to take his team to Natchez. The Brookhaven Academy Cougars and their head coach take on... read more