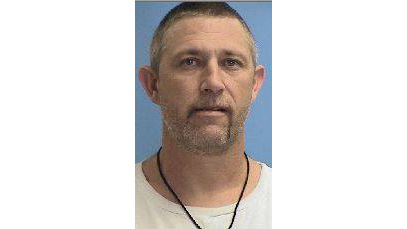 Sheriff: Fugitive may be in Lincoln County

Lincoln County authorities are keeping watch for a convict who drove away from a job site in a stolen truck Monday.

Steven Nichols, 47, is believed to be driving a white 2007 Ford truck with the license plates LR3268, according to the Mississippi Department of Corrections. He was assigned to the restitution center at the Delta Correctional Facility in Leflore County.

Nichols pleaded guilty in 2011 in Lincoln County Circuit Court to selling four doses of amphetamines to a confidential informant.

Lincoln County Sheriff Steve Rushing said Nichols has not been sighted here, but has family and friends who still live in the area.

“Deputies have been checking some spots around here for him, but no luck so far,” he said.

Rushing does not consider Nichols to be armed or dangerous.

Nichols was sentenced to serve 12 years in the custody of the state department of corrections with three years to serve, nine years suspended and five years of post-release supervision.

In June, his post-release supervision was revoked and he was ordered to a restitution center to pay fines, fees and all other monies, a representative from MDOC said.

In a petition to revoke post-release supervision filed in Lincoln County Circuit Court in June, Nichols was ordered to serve the suspended nine-year sentence. The petition shows that Nichols failed to report to the Mississippi Department of Corrections for the months of April and May and also failed to pay court-ordered fines of $5,961.

Delta Correctional Facility was recently reopened to house probationers and parolees who violate the terms of their supervision under an alternative sanction program.