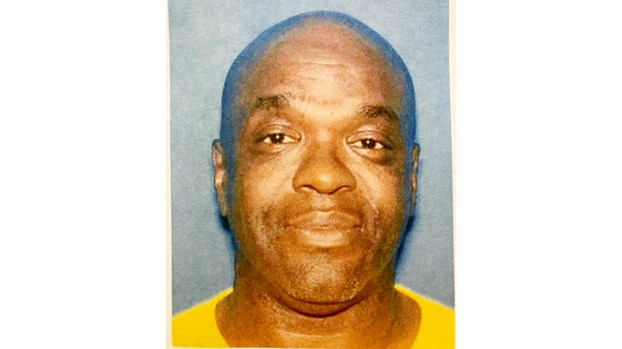 Brookhaven police have identified a suspect in last week’s theft of a newspaper carrier’s car, and they hope to bring down enough heat to make him park it and walk away.

Brookhaven Police Sgt. Jonathan Alford said investigators have identified Brookhaven’s Olian James Smith II, 47, of 301 Montgomery St., as a suspect in the Aug. 8 theft of a vehicle belonging to 67-year-old James Smith, a carrier for The Daily Leader. Alford said Smith and the car were captured in surveillance video in another state — he declined to say which — and officers have been alerted to his presence there.

“It would be best if he turned himself in. That’s always the best and safest thing to do,” Alford said. “We’re hoping to get him and get the car back, hopefully in the same condition it left in.”

The elder Smith was loading newspapers into his open and running 2015 Toyota Corolla in The Daily Leader parking lot just before 4 a.m. Aug. 8. When he turned his back to grab another bundle, the little red car pulled out onto the street and drove away, taking his wallet, cell phone and other personal items with it.

BPD investigators stumbled onto the stolen car while investigating Smith II for identity theft in a separate case. They checked out security footage of the suspect at a bank drive-through, and he happened to be behind the wheel of the missing Corolla.

Alford said BPD is issuing a warrant for Smith II charging him with auto burglary, identity theft and uttering forgery, all felonies. BPD is working with law enforcement agencies in the other state, and the stolen car has been posted to the National Crime Information Center.

“There are additional charges that could be pending as we continue the investigation,” Alford said.

Brookhaven Police Chief Kenneth Collins said investigators were able to get after Smith II because of tips phoned in from the community.

“It’s because of the help of the public and the awesome people in Brookhaven,” he said. “Everything is coming together — we know where he’s at, and all he can do now is come to us. We’re going to try to make it hot here, blow him up in Brookhaven, and maybe he will just get out of that car and leave it.”

Collins said last week he believed the theft was a crime of opportunity — Smith has delivered newspaper for The Daily Leader for 40 years, and the thief likely knew he’d be there bright and early with a car for the taking. It’s not the only car theft that’s happened that way recently.

Smith said the car theft has brought him down low, but news of the Corolla’s whereabouts give him hope he’ll get his car back.

“I’m proud my car got spotted,” he said. “I’m just gonna wait it out, and if they catch him, I’ll use all the law to stick it to him.”