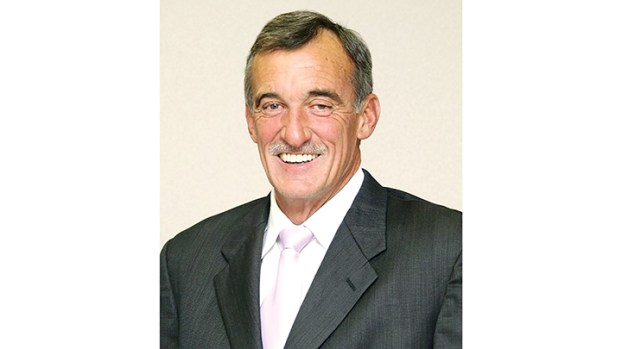 Bro. Ken Kirk was good at making appearances, but not long visits.

He’d pray and minister to those who needed his words, but never overstay his welcome, friends said.

Kirk, 69, died at home in Brookhaven Aug. 11. A memorial service was held for him Saturday at Riverwood Family Funeral Service.

He’d been a pastor at several churches, including Heucks Retreat Baptist Church. He’d spent the past decade at King’s Daughters Medical Center ministering to patients and staff.

Lincoln County Chancery Clerk Tillmon Bishop remained friends with Kirk even after he was no longer his pastor.

“There was nobody in creation like Kenneth Kirk,” he said. “He was one of a kind. He had a big-time heart for ministering to people.”

Bishop said Kirk would visit anyone anywhere if they needed him. But he’d never stay long. When Bishop’s father was sick, Kirk would drive to Franklin County to his home to pray.

“He’d sit there for 10 or 15 minutes to visit with them and he’d stand up and say, ‘Well, I’m tired of talking to you people.’ He’d get up and walk out, get in his truck and leave,” he said. “They loved him. He was so original. They really cared about him.”

When Bishop thought he might have a serious heart ailment, Kirk made the trip to Jackson to check on him in the hospital. When he arrived, nurses told him that Bishop wasn’t as close to death as they first thought.

“He walked in the room and said, ‘Heck, I thought you were sick,’” Bishop said, laughing so hard he could barely tell the story. “He turned around and left. He was gone. He called me on the way back and talked to me a little bit. He was just that kind of guy.”

“He would come by my house and grab me and say, ‘Come on, lets go.’ There would be somebody that needed something or someone was sick. I wouldn’t know where we were going or how long it would take. He would just come get me,” he said. “He definitely had the right job. Not a perfect man by any means, but certainly one who had a lot of heart when it came to people in need.”

The job as chaplain at KDMC was right in Kirk’s wheelhouse.

“It’s amazing how God can use a man that doesn’t sit good, but ministers really good while he’s there,” Bishop said. He was that kind of guy. He was perfect for the job that he had at the hospital. You didn’t have to stay long. Matter of fact, they didn’t want you to stay long. They wanted you to come in, pray with the family, talk to them a little bit and then go to the next one. That was something he was incredibly good at.”

It was at KDMC that Kirk prayed with Carl Smith, chief information officer for the hospital. Smith said Kirk would regularly come in at 5:30 each morning to minister to patients and the staff.

“He absolutely loved praying for people,” Smith said. “He is going to be sorely missed at King’s Daughters.”

Kirk often brought coffee to those working who were too busy to get their own. He had nicknames for everyone, Smith said, recalling his own: “My Favorite Methodist.”

Kirk would stay in patients’ rooms, in offices or at desks just long enough to say what needed to be said.

Smith quoted scripture from Galatians 6:2. “Carry one another’s burdens. In that way you fulfill the laws of Christ,” he said. “And he did that for everybody.”

Cristina Craig probably won’t be able to save the world if there’s a zombie apocalypse — she’ll be hiding — but... read more