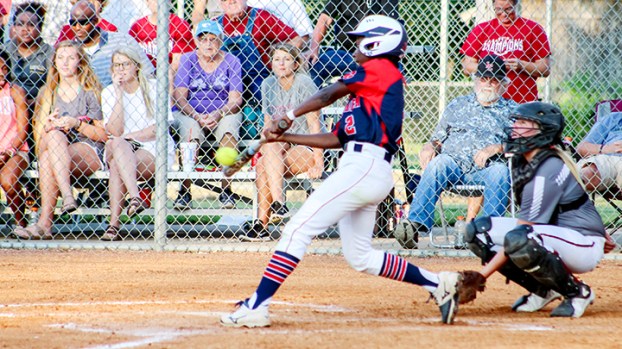 Rivalries always make for entertaining games, and the Lady Panthers taking on the Lady Cougars proved to be a great example of two rival teams trying their best to out-do the other.

Both teams came out in the first inning very sluggish at the plate, with neither scoring a run. The Lady Cougars sparked a little life in the second inning, scoring four runs back-to-back and leaving the Lady Panthers scoreless. They continued to rally with an additional three runs in the third, pushing the Lady Cougar lead to 7-0.

With that seven-run lead, BHS had to get their bats rolling if they wanted to prevent a shutout. That mentality came to fruition in the fourth inning when a two-run homer gave them a bit of life and momentum that quickly led to two more runs, closing the Lawrence County lead to 7-4.

That would be all the momentum the Lady Panthers would be able to muster though, as Lawrence County cruised to an eventual 13-6 win.

“We just couldn’t hit the ball tonight,” said Ole Brook coach Mandy Vinson. “In slow-pitch softball, you’ve got to hit the ball out of the infield, and we couldn’t do it. That little momentum helped us in the fourth, but it was still riddled with ground balls. We need to hit better, period.”

Road graders, hogs, big fellas up front, unsung heroes of the offense. There are a lot of clichés that come... read more