A eucharistic celebration of life for Kay Case Boone, of Jackson, will be Saturday, Aug. 25, 2018, at noon at St. James’ Episcopal Church in Jackson. Sebrell Funeral Home in Ridgeland is in charge of arrangements.

Mrs. Case, 79, died Tuesday, Aug. 21, 2018, at Hospice Ministries in Ridgeland. She was born May 20, 1939, in Brookhaven, to Houston and Thelma Case. She lived in Jackson more than 50 years. She graduated from Brookhaven High School in 1957 where she was a class officer, head cheerleader and Miss BHS during her senior year.  She earned a bachelor’s degree in education at Hendrix College, Conway, Arkansas, in 1960 and a master’s degree in library science from the University of Mississippi in 1976. Her 33-year public school career included several years of teaching in elementary classrooms in Brookhaven, Jackson and North Carolina. She flourished in a very rewarding elementary librarian career at G. N. Smith Elementary School in Jackson for 28 years.  Following her retirement in 2001, she continued to work part time in several Jackson Public School libraries until 2007.

Kay grew up in the First United Methodist Church in Brookhaven and was active in United Methodist churches wherever she lived until 1974.  That year she was confirmed in the Episcopal Church at St. James’ Church in Jackson, where she was fed by the Church’s liturgy until her death.  She found great joy in singing in the choir of St. James’ as well as serving with the Altar Guild, Episcopal Church Women and Vestry. She always claimed Brookhaven roots along with myriad others throughout the world.  She loved gathering with family, friends from her Brookhaven graduating class and previous employment relationships, and with anyone who treasured a warm and caring relationship and her infectious smile.

She is preceded in death by her parents. 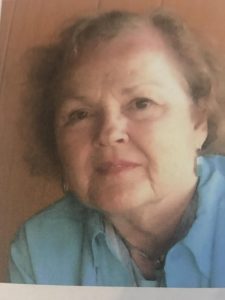