Mr. Beacham, 85, died Saturday, Sept. 15, 2018, at home with his loving family by his side. He was born June 7, 1933, to Dan Beacham and Mary Callender Beacham. He enjoyed riding his lawnmower, golfing and his grandkids. He was a loving husband, father, grandfather, brother and friend. He loved being a Wahabi Shriner and performing with the Oriental Band. He joined the United States Army in 1953 and served as a paratrooper with the 101st Airborne Division.

He joined the St. Regis Paper Mill during startup in January 1968 and retired 30 years later to come home to his loving wife.

Preceding him in death were his parents; and son-in-law, Lamar Shoemaker.

In lieu of flowers, memorials in Mr. Beacham’s name may be made to Union Hall Building Fund or the Brookhaven Animal Rescue League. 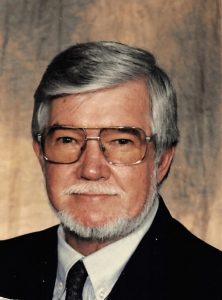