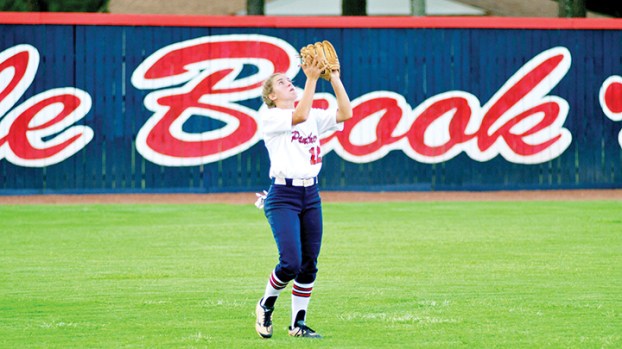 In a high scoring contest — where both teams scored a combined 35 points — the Lady Panthers gave it all they had. Trailing for most of the game, Ole Brook refused to go down and fought until the very end.

“I thought we did a really good job tonight of fighting back the whole game,” said Lady Panthers coach Mandy Vinson. “We never had the lead, but our girls never quit. We try to score every inning and putting up two scoreless innings plus 11 errors got us beat tonight.”

North Pike quickly jumped on the Lady Panthers, scoring five runs to start off the contest. Those five runs came off a one-out, three-run home run and two RBI doubles.

Ole Brook would get on the board in their half of the first as Cearia Henderson blasted a two-run home run, following Maddi Miller’s single.

The Lady Jaguars tried to pull away from the Lady Panthers in the second inning, scoring two runs off a single.

Trailing 7-2 heading into the bottom half of the second, Ole Brook lit up the ball as they managed to score five runs. Miller would bring in one run off an RBI single.

Kat Wallace followed with an RBI double. Cearia Henderson would bring in two runs off a single. Kyla Henderson finished the scoring in the inning with a home run.

With the game deadlocked at 7-7, the Lady Jags broke the tie with six runs over the next two innings.

The Lady Panthers continued to fight by getting two runs in the fourth inning, as Kyla Henderson smashed her second home run of the game.

North Pike continued to add to their lead by getting two runs in the fifth inning and three runs in the sixth.

The Lady Jaguars finished their scoring in the game as they brought three runs across the plate in the sixth inning.

Down 18-14 heading into their final at-bats, the Lady Panthers pushed for one more rally, scoring three runs.

Ole Brook got one of their runs off a one-out, bases-loaded walk to Foster. Cook would finish the scoring with a two-run RBI single, but Brookhaven would come up one run short in their comeback bid.

“I definitely think we still have a great shot at winning district,” said Vinson. “We’re going to work hard and we’re going to get better and fix the mistakes we had tonight.”

It was a great evening Tuesday for softball in Wesson, as the Franklin County Lady Bulldogs rolled into town for... read more