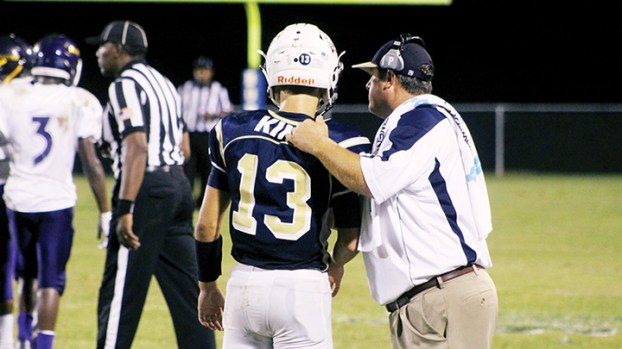 For the first time in the school’s history, the Bogue Chitto Bobcats will welcome the Fighting Irish to their campus on Hwy. 51 Friday night.

The Bobcats (2-3) are hosting St. Patrick Catholic (3-1) tonight on Troy Smith Field as Bogue Chitto shoots for its third-straight win.

St. Patrick was founded in 2007 after merging St. John and Mercy Cross, two schools that were badly damaged by Katrina. The school sits on a sparkling campus just off of Hwy. 67, north of D’Iberville. Last season, the Bobcats went to St. Patrick and took home a thrilling 22-20 win.

“They’re going to run the option and their quarterback does a good job of making the reads,” said Bogue Chitto coach Gareth Sartin. “Defensively they run to the ball well. We’re going to need to be solid in all phases to win the game.”

Bobcat junior quarterback Shaw King has posted some of the best passing stats in the area, as he’s thrown for 591 yards and seven touchdowns so far this season. King has also scored three touchdowns on the ground.

Bogue Chitto has used a committee of ball carriers in Damarcus Godbolt, Owen Anderson, Bryce Langley and Jermaine Black. Together, the group has combined for 787 yards and five touchdowns.

The Bobcats’ secondary has been averaging one turnover per game. J.T. McCaffrey has three interceptions, while Brandon Lewis and Zach Upkins have two interceptions apiece.