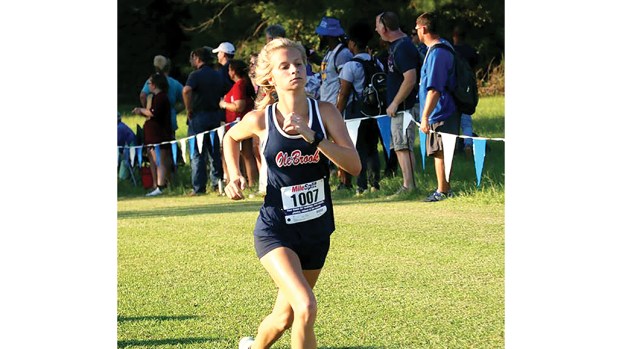 Brookhaven High School freshman Grayson Childress continued to pile up the podium appearances with his first-place finish in a time of 18:00 minutes on Tuesday.

The Brookhaven boys took the team title and West Lincoln finished second. There were 25 teams entered and 283 individual runners at the meet.

Brookhaven swept the first three finishers, with Gracie Gray running a meet-best time of 21:30. She was closely followed by Bailey Pounds and Miyah Miller. Carley Craig (sixth), Emmaline Wolfe (seventh) and Abby Roberts (ninth) all finished in the top 10 for the Lady Panthers. Eighth-grader Kara Beth Addison was the top runner for West Lincoln, as she placed 20th with a time of 27:27.

There were 160 runners in the girls’ competition.

On Saturday the Brookhaven girls took their second first-place finish of the week by edging out Pearl at Clinton High School.