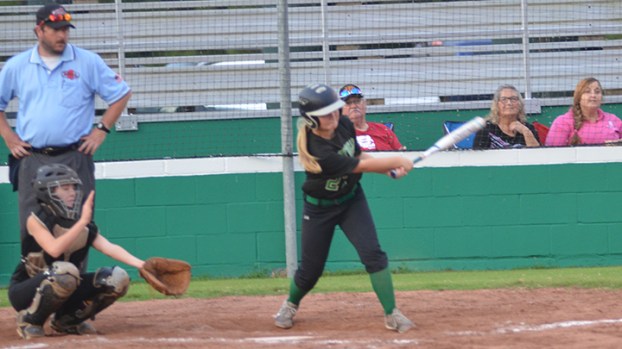 The West Lincoln Lady Bears fought hard Tuesday night, but ultimately lost a heartbreaking game to the Perry Central Lady Bulldogs by a final score of 11-10.

Trailing halfway through the game, the Lady Bears were forced to play from behind. Rallying in the fifth inning, West Lincoln batted six runs across home plate to take the lead, but Perry Central would bounce back in the seventh inning, scoring five runs to take the win.

“It was a close game,” Lady Bears coach Andrew Redd said. “Perry Central jumped out early and I was proud of the girls for fighting back. I thought we hit really well in a couple of innings. We need to be able to hit like that all seven innings. We had some mistakes on defense that hurt us. This was a tough game to lose.”

With the game scoreless after one full inning, the Lady Bears were the first to score, as Emalyn Langley took advantage of several Lady Bulldogs’ errors to score the game’s first run.

Camryn Summerall followed with a double, and Georganna Allen brought Summerall home on an RBI double before the Lady Bulldogs got out of the inning.

Perry Central’s bats heated up in the third inning, as the Lady Bulldogs scored six runs off an RBI sacrifice fly, an RBI single, a two-run triple and a two-run home run to take a 6-2 lead.

The Lady Bears’ defense found their groove, as they quickly cooled off the Lady Bulldogs’ bats, keeping Perry Central scoreless for the next three innings.

West Lincoln’s bats heated up in the fifth, as the Lady Bears scored six runs to regain the lead over Perry Central.

The Lady Bears started the fifth off with back-to-back one-out singles by Maddox Redd and Langley. Batting with two outs, Morgan Newman scored the inning’s first run on an RBI single. Deanna Lofton followed with a single.

Micah Powell would bring both Newman and Lofton home on a two-run single, and soon found herself scoring off an RBI single by Adi Paden.

With the bases loaded, Summerall finished the scoring with a two-run double.

West Lincoln would add two more runs in their half of the sixth off a two-run double by Newman.

Trailing 10-6, the Lady Bulldogs rallied in the top of the seventh, scoring five runs to squeeze by the Lady Bears by a final score of 11-10.

Defensive Player of the Week — It’s a family tradition

Stop me if you’ve heard this before. Brookhaven High School has a physical, tough linebacker. He’s as polite as he... read more