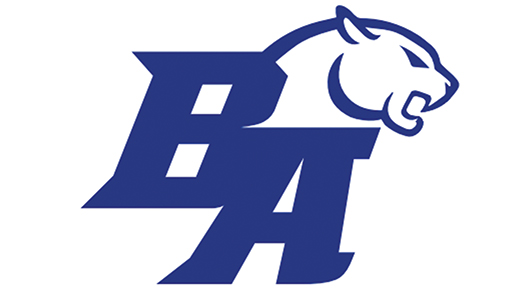 It’s the biggest game of the season for both squads, as the Tigers and Cougars finished one and two, respectively, in their district last season. The Cougars are 1-0 in district after whipping Clinton Christian at home earlier this season. This game will be the district opener for Centreville.

Last season the Tigers took a 57-35 win over BA in the regular season and then eliminated the Cougars in the second round of the playoffs with a 52-33 victory.

The Tigers have wins over North Delta and Ben’s Ford — as do the Cougars — along with a 16-8 overtime defeat of Central Private. Oak Forest beat Centreville 42-0, and the following week the Tigers were defeated 45-14 by Parklane. Centreville lost 45-28 last week to Bowling Green.

As usual, the Tigers will primarily run the ball and Cougar head coach Ron Rushing says stopping that is the key to the game.

“We’ve got to slow down their running game and we can’t turn the ball over,” said Rushing. “They’re a good, well-coached team and we can’t hurt ourselves and help them.”

In a 46-20 loss last week to Silliman the Cougars got 95 yards passing from quarterback Dawson Flowers and 80 yards rushing from Nick Ogden. Kicker Corey Case converted a 30-yard field goal and a 33-yard field goal.

The homecoming queen will be crowned, and her court presented at 6 p.m. on the field. Kickoff is scheduled for 7 p.m.

Enterprise alums will be welcomed back to campus today as the Yellow Jackets (0-5) host the Mize Bulldogs (1-5) for... read more