Faith leaders say ‘We need to care for one another’

At least two Brookhaven pastors believe evil exists in Lincoln County but there is enough good to push it out if the community works together to overcome it.

“My concern is that when evil expresses itself in a community — when you shoot a law officer — that’s evil,” Warnock said.

But he called for prayer for Marquis Aaron Flowers, the suspect in the double homicide, and his family as well.

“The community has to put aside the natural tendency toward anger and we have to rise above it,” he said, citing Romans 12:21. “Do not be overcome by evil but overcome evil with good. That’s on my heart today.”

Hamilton, who lost an older brother to gun violence in 1970, said the community must turn to God for guidance.

“God gives us the strength to get through it,” he said.

“Try to be supportive,” he said. “You have victims who did not ask to be victims but they’re victims. The Moaks, Whites and Flowerses. They’re victims as well. They didn’t raise a son to do what he did but they have to deal with the circumstances. When we pray and ask God for guidance and direction and ask him to comfort us, we want him to comfort all of us. When something like this happens it hurts the entire community.”

Hamilton’s brother was 18 and visiting family just before his graduation ceremony. He was standing across the street at his uncle’s house in Florida and was hit accidentally during a shooting involving other people, Hamilton said.

After eight people — including Lincoln County Sheriff’s deputy William Durr — were shot and killed in 2017, Hamilton asked his mother how she got over losing her son so he could comfort the families of the victims.

“I asked my momma, ‘How do you get over losing a son through senseless violence like that?’” he said. “She said, ‘Son who ever told you I got over it?’ She looked at me with tears in her eyes and said you don’t get over it, you just get through it.”

Hamilton is disturbed by the escalation of violence in Brookhaven over the 16 years he’s lived here.

“The young people don’t care anything about life anymore, it’s almost as if they aren’t afraid of dying,” he said. “We have a generation that doesn’t appear to care about living and they’re not afraid to die.

“The Bible said that an idle mind is the devil’s workshop and too many young people are sitting around with their minds idle and engaging in stuff that is not productive to this society,” he said.

“Until we as a community come up with ways to work together to give young people a different outlook on life and to want to be more than just hanging on the corner, sitting on the porch, selling and doing drugs and getting involved in gangs and other activities, anything that’s not productive. We’ve got to find a way to get our kids to being productive citizens in society again.”

Warnock said it will take the community caring more for each other to stop the violence.

“They are hurting and yet they have to continue to do the job to protect the community,” he said. “My heart goes out to Chief Kenny Collins. I know it’s devastating and yet he has to be strong and lead the department and yet I know personally he must be hurting deeply.” 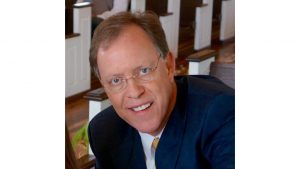 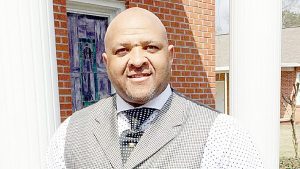 Officers remembered as men of service

James Kevin White wasn’t about to give up the fight. He was serving with the Mississippi National Guard in Iraq... read more