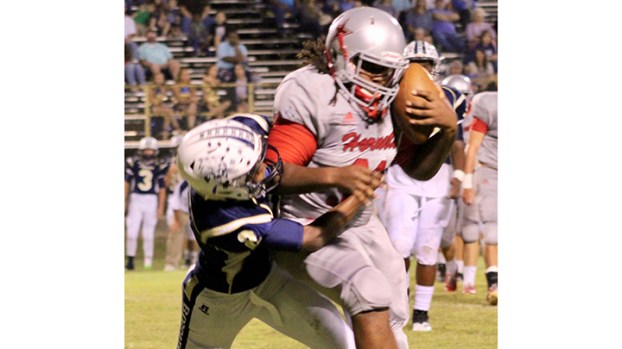 Homecoming week at Loyd Star culminates with a huge game Friday night between the Hornets and the visiting Amite County Trojans.

Amite County is the defending region champs, and the team picked up its first win of the season last week with a resounding victory over West Lincoln.

Loyd Star turned in a strong second half to take control of their Possum Bowl matchup with Bogue Chitto on the way to a 42-30 win last week.

Senior defensive lineman and tight end Zabian Price had a stat line-stuffing performance for the Hornets against the Bobcats. Offensively, Price had his biggest night of the season with four catches for 58 yards. He also caught a two-point conversion. Defensively, Price caused a fumble, snagged an interception and had a sack.

Last season, Amite County defeated Loyd Star 36-30 in Liberty. In 2016 the Trojans snuck by the Hornets 36-34, and Amite County also won by a two-point margin in their 2014 matchup.

Amite County has not lost to a Lincoln County school since the Trojans moved down a classification to 2A in 2011. During that 20-game win streak no team has gotten closer to beating the Trojans than Loyd Star.

The homecoming queen will be crowned in a pregame ceremony and kickoff on W.E. “Sambo” Smith Field is scheduled for 7 p.m.